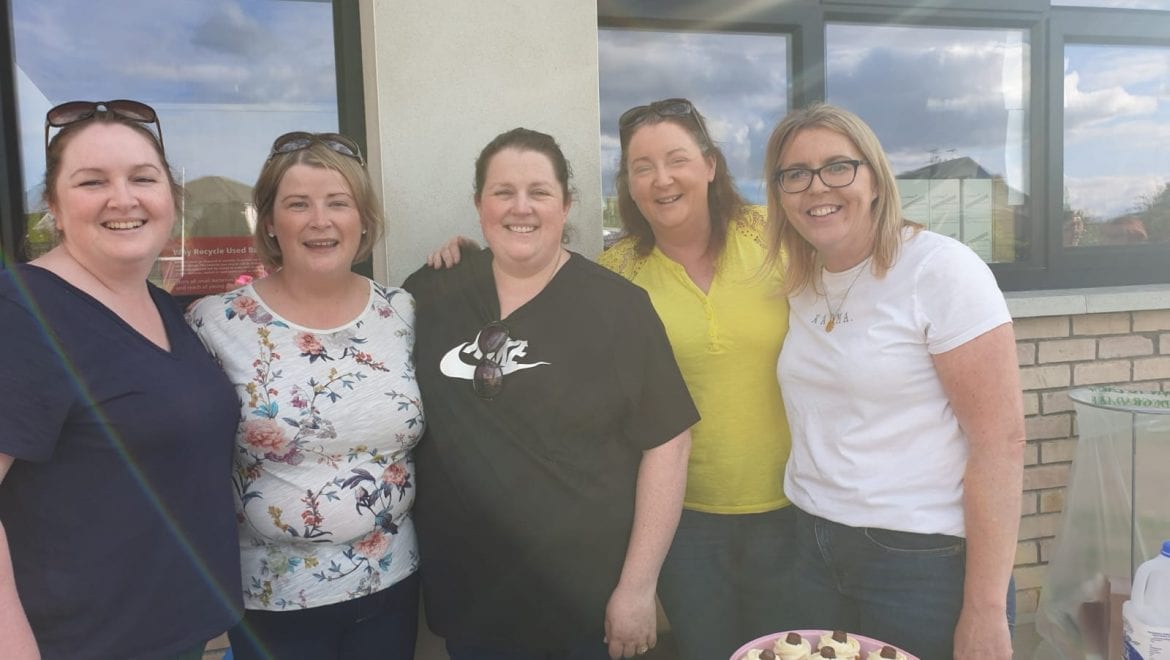 In between all the showers and bad weather we’ve been experiencing over the past few weeks we were blessed with the best two hours of sunshine and heat of the year to stage our annual sports day. The great weather drew a huge crowd from the school and wider community as many parents, grandparents, family and friends came out to support the children in their races.

We had great excitement as all classes had two medal races along with a novelty team-based race that was trialed last year to much success. All classes held their traditional sprint races while Junior Infants to second class, along with 5th and 6th classes, competed in sack races. One of the most enjoyable races of the evening was the “catch the train” race where members of 3rd class had to dress up in over-sized clothes as quickly as possible and race to the finish line with their bag! Rang IV completed the schedule with an old favourite, the three-legged race. The incoming Junior Infants also get to sample competitive racing for the first time as the toddlers race drew a huge crowd of spectators.

There was much enjoyment as all classes played the “It’s a Knockout” themed race where 4 teams battled each other to fill their buckets fastest. The final races of the evening were also collaborative races as 5th and 6th class boys and girls teamed up in two competitive relay races.

The Parents and Friends Association were delighted with the huge success of their hard efforts and diligent preparations. They were on hand with refreshments while they also organised the appearance of the ice-cream van, a BBQ hosted by the Willow Tree Cafe and the bouncy castle provided by North East Bouncy Castles.

Thank you to everyone who made this year’s sports day a truly momentous occasion. Roll on next year!

Check out our gallery from the evening here.