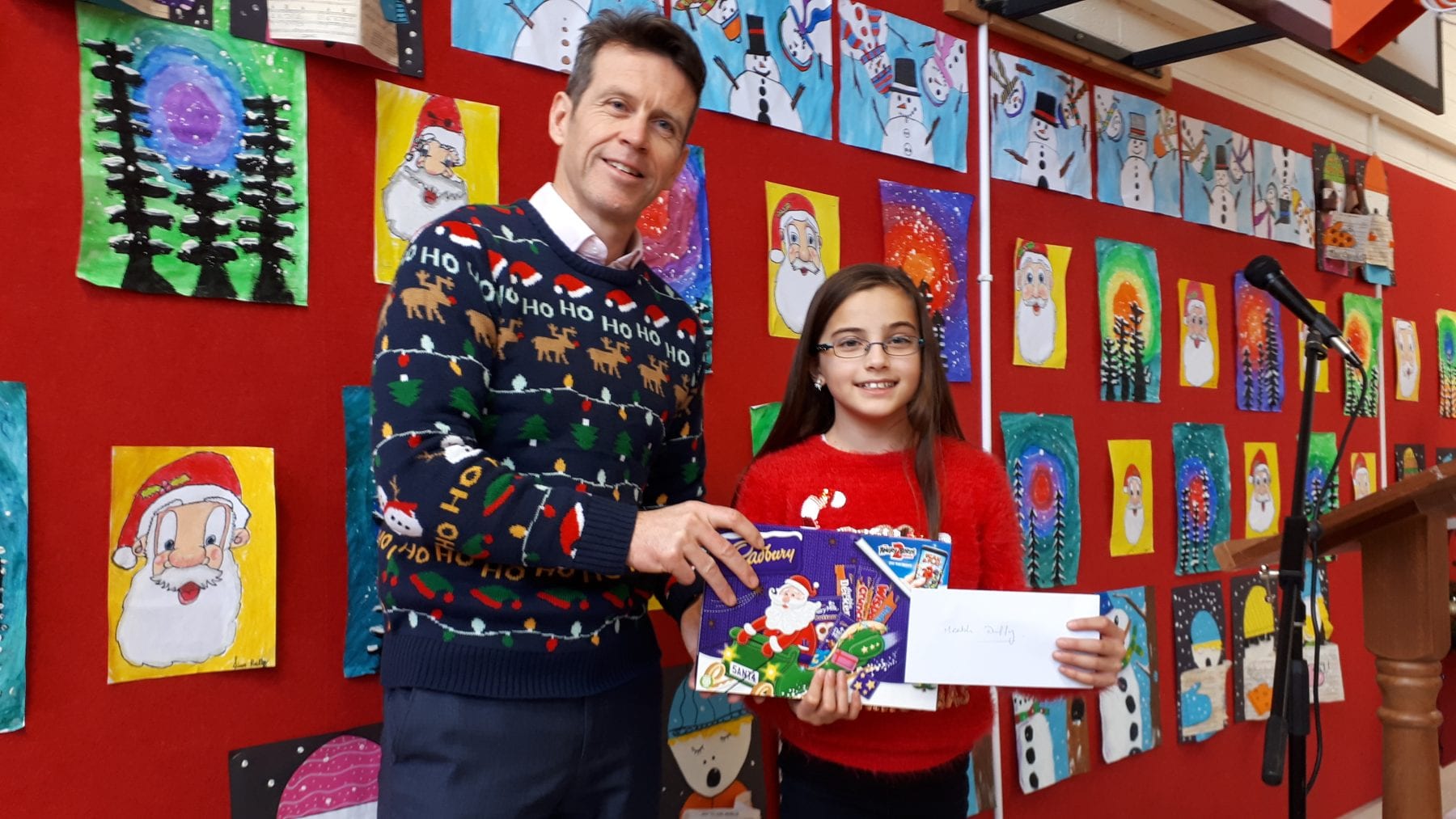 Everyone was in festive mood as we invited family members as well as the entire school body to Halla Setanta to celebrate our final assembly of the calendar year.

Master welcomed all, then Luke from 6th class read an opening prayer. After their performance at the Junior Infants’ Nativity play on Monday, Rang IV once again wowed the audience with their performances of “Jingle Bells” on the tin whistle and “I want a hippopotamus for Christmas.”

Master then ran through some of the many highlights in St. Mary’s NS during the past year, from sporting successes to Gaeltacht trips, from the new running track to the 50th celebrations. It was then time for the Junior School achievements and awards.

We then all joined together to sing “Happy Birthday” to two of the teaching staff. Ms Sweeney and Mrs Evans were surprised with cards and gifts from their classes!

Next it was time to celebrate poetry winners in the school. Meadhbh sang the poem that won her third prize overall in the Louth County Council “Greener Christmas” competition. Erin, Molly, Sarah-Jane and Conor also recited their poems to the attentive audience.

Master then took the time to say a special word of thanks to the Parents and Friends Association who have worked tirelessly this past year. He spoke about the next project that they are diligently fund-raising for – a new projector and screen for Halla Setanta. Master spoke about plans for the upcoming year, including building and groundworks around the school, featuring a new entrance and play yard.

The Senior School were then presented with their awards for the month before a special visitor came to see the boys and girls.

After the tidiest classroom for the month was announced, the student body got all in attendance ready for the upcoming festive season with a stirring performance of three famous Christmas songs!