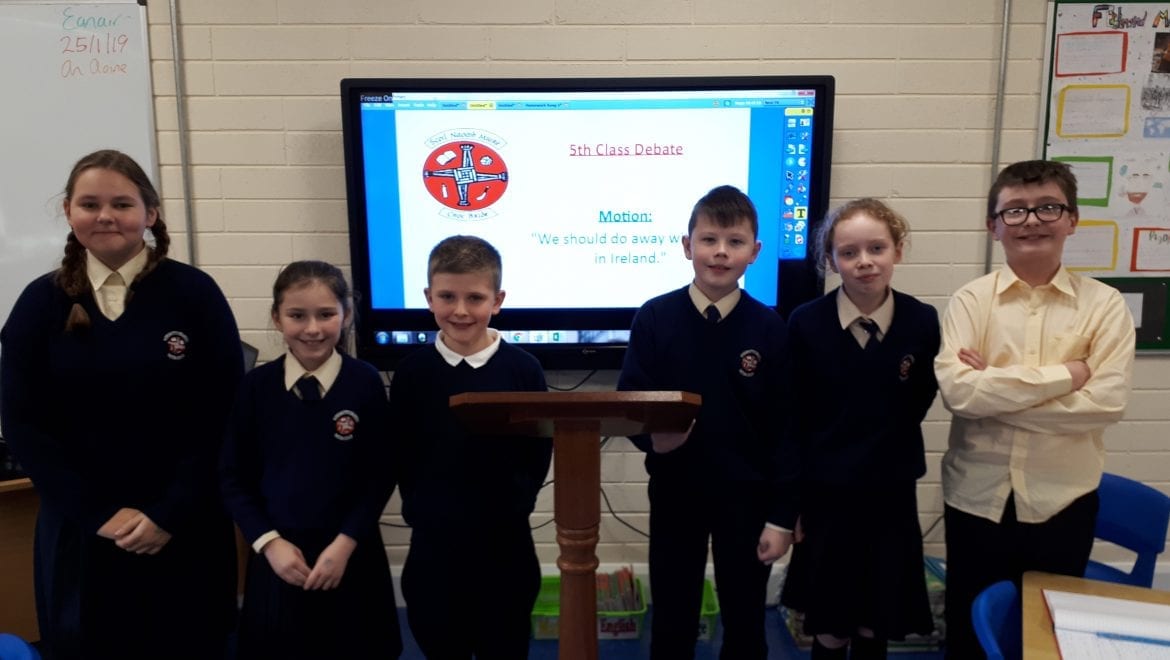 We have been doing persuasive writing in English class since the start of the year. We have been creating blurbs, making advertisements and writing speeches.

Last Friday we split up into 8 teams to debate the motion “Cars should be done away with in Ireland.” We had four heated but very respectfully contested debates where children argued, found facts, persuaded, made rebuttals and argued.

There were three winning teams and one draw on the day, but everyone put a huge effort into preparing and delivering their speeches. Who knows? We may well have unearthed the next TD for the area! 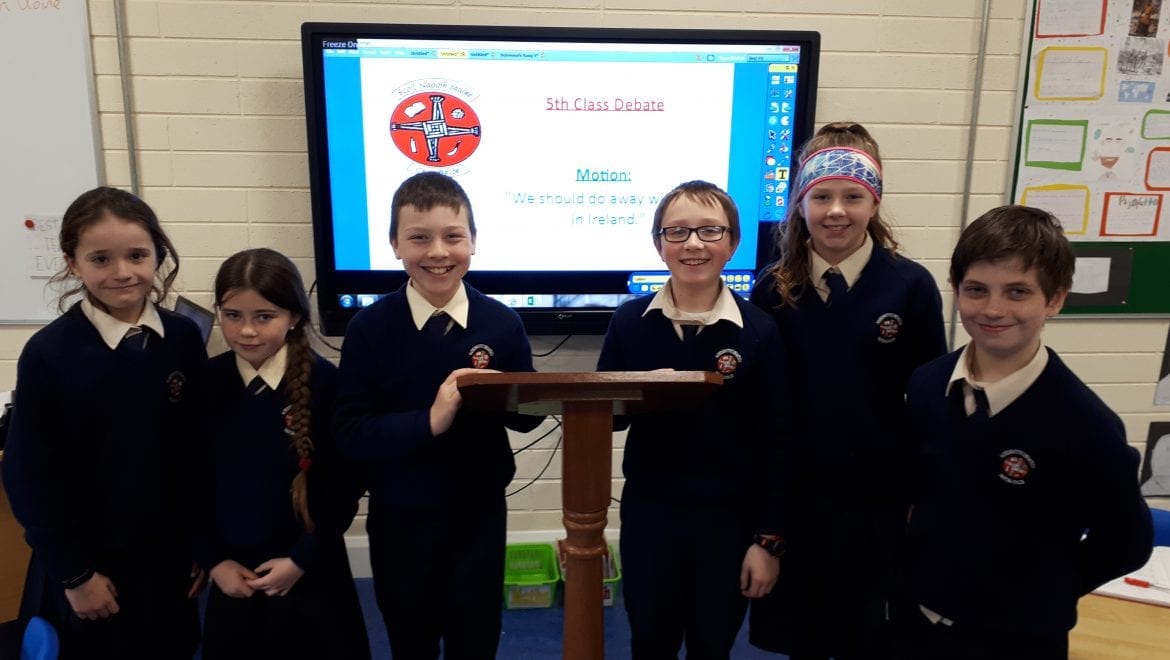 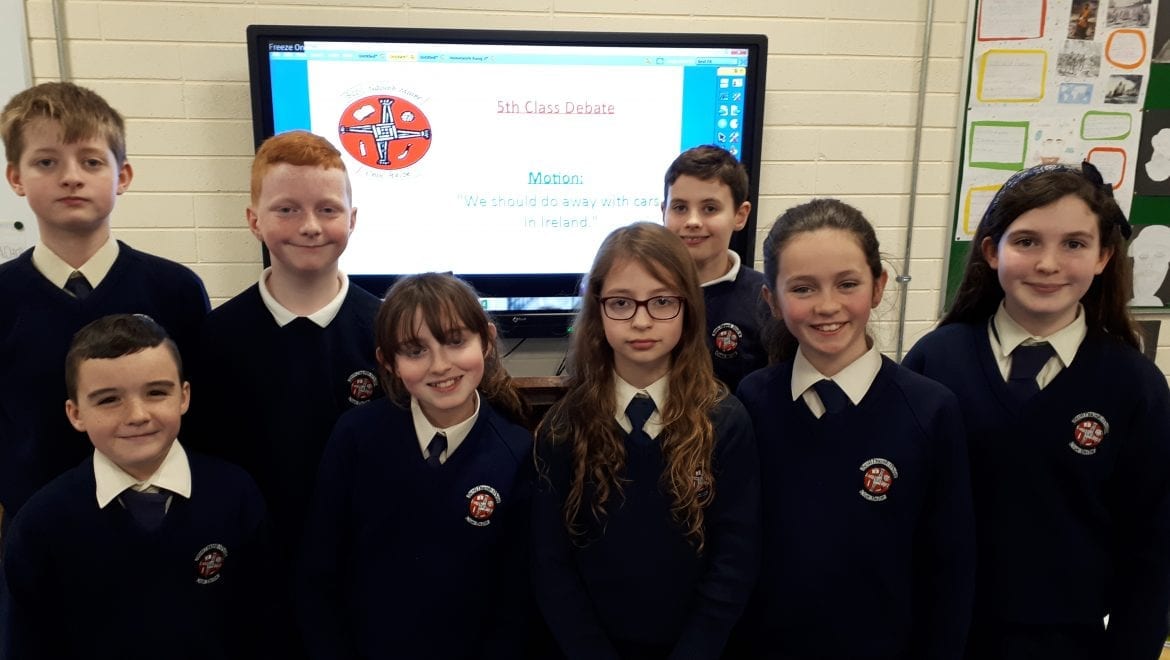