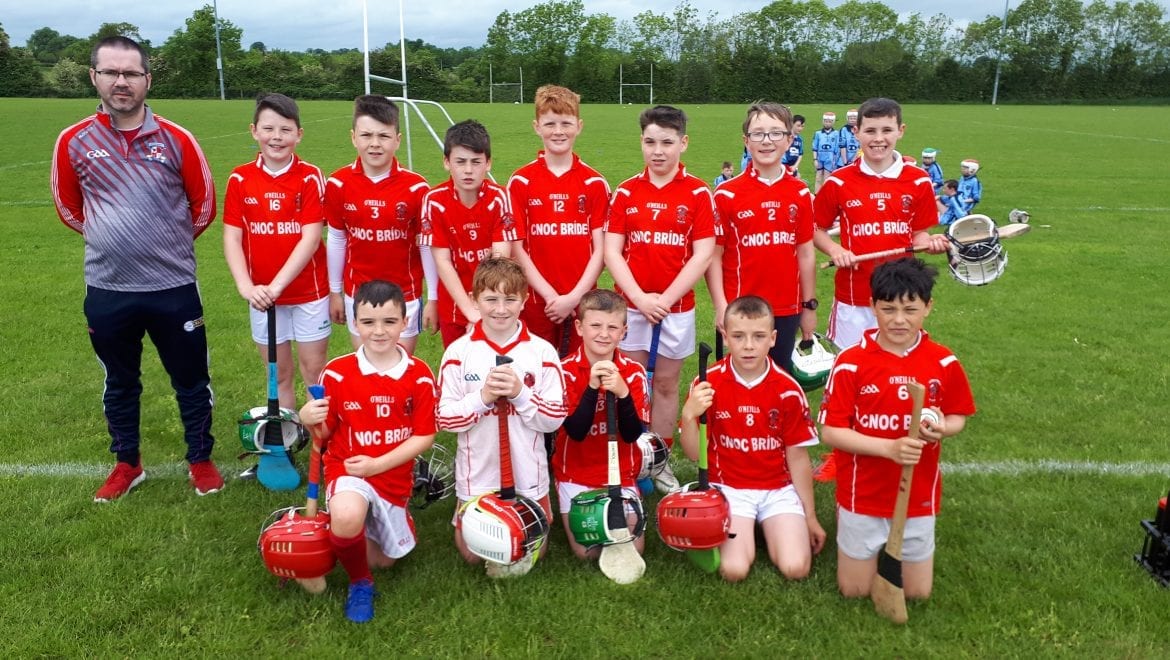 A successful year in the sporting arena continued today as our hurlers lifted Corn Phádraig MacDómhnaill in Darver.

The boys navigated three group games to set up a final showdown. Their first group game was against holders, St Mary’s Drogheda. Conceding a height and physical advantage to their opponents, they found it hard to get into a rhythm as the Drogheda team spurned some glorious opportunities with Tony putting in a fine shift in goal. Despite having much of the possession and chances, two well taken points in the second half were enough to claim the win in their first game.

The second game saw the boys click into gear as four first half goals put the tie beyond CBS Dundalk. In the third game some exquisite play by the boys saw them dispatch a very spirited Bay Estate team. This unbeaten group phase set up a rematch of their opening encounter, with St Mary’s Drogheda looking to exact some revenge for a tough first game loss.

The final started at lightning pace and some fine hurling was displayed by both sides. However our boys showed that they had grown in stature since the opening game and put on a scintillating display of hurling. They were only missing the final touch as they spurned many opportunities in front of goal. With only minutes remaining however, a long puc was sent into the danger zone. As was the case for a lot of the day, Aaron D found himself in possession of the ball. With his second bite of the cherry he slammed the sliotar into the back of the net. On the very next play, Aidan sent in a long puc into the forward line and again, Aaron D gained possession with a huge leap and catch. In one swift movement he turned and deftly struck the ball over the opposition bar to seal the victory.

After a distinguished few years representing the school in hurling competitions (Poc Fada champion – individual and team – for the past two years and Louth representative at Croke Park during the All-Ireland final) it was fitting that Aidan Fitzpatrick hoisted the Cup aloft in his last year in St Mary’s NS!

The school would like to thank Knockbridge Hurling Club’s Seán Byrne for giving up his time to mentor and coach the boys to victory today. Seán would like to remind the boys and girls of the school that all are welcome to join in training with the club on Fridays between 5:30pm and 6:30pm. 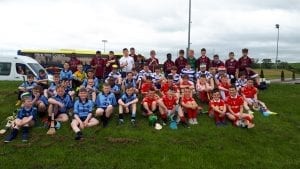