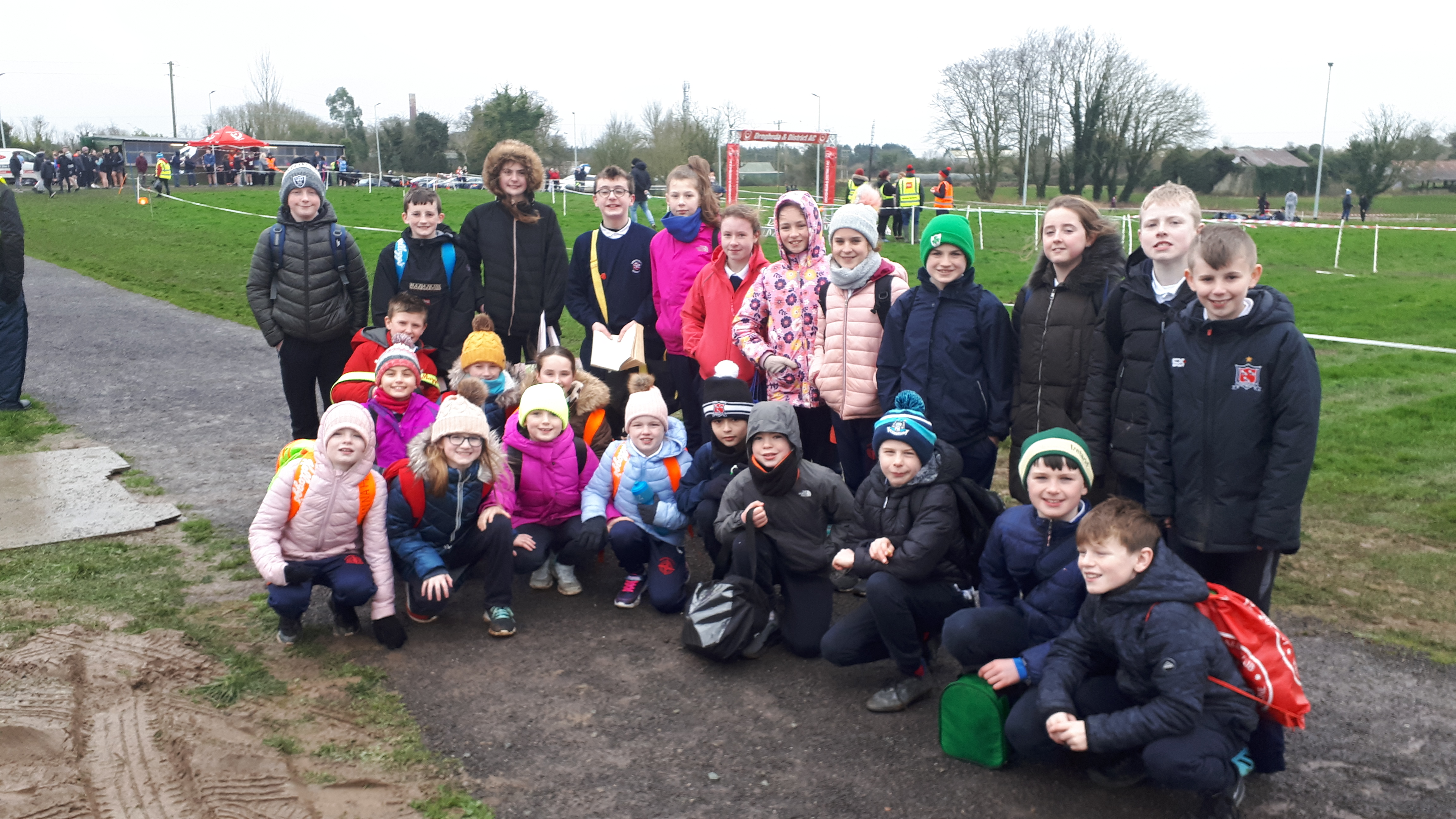 Today Drogheda and District AC hosted their second school’s cross country event in Newtownstallaban. For the second year in a row we sent teams to compete in this event. While last year’s event was only opened to 6th class pupils, this year there were races for 4th, 5th and 6th classes.

First up were the girls from 4th class who worked well together over the 800m course. The boys from 4th were next with James finishing an astonishing 5th overall with Adam just outside the top-10 followed closely by Fionn and Shane.

The 5th class races were next where there were some fine performances, in particular the boys team who had three finishers in the top 20.

The final races were over 1,500m which tested the athletes to their limits. But the distance or soggy conditions did not deter our hardy bunch as all runners put in humongous efforts!