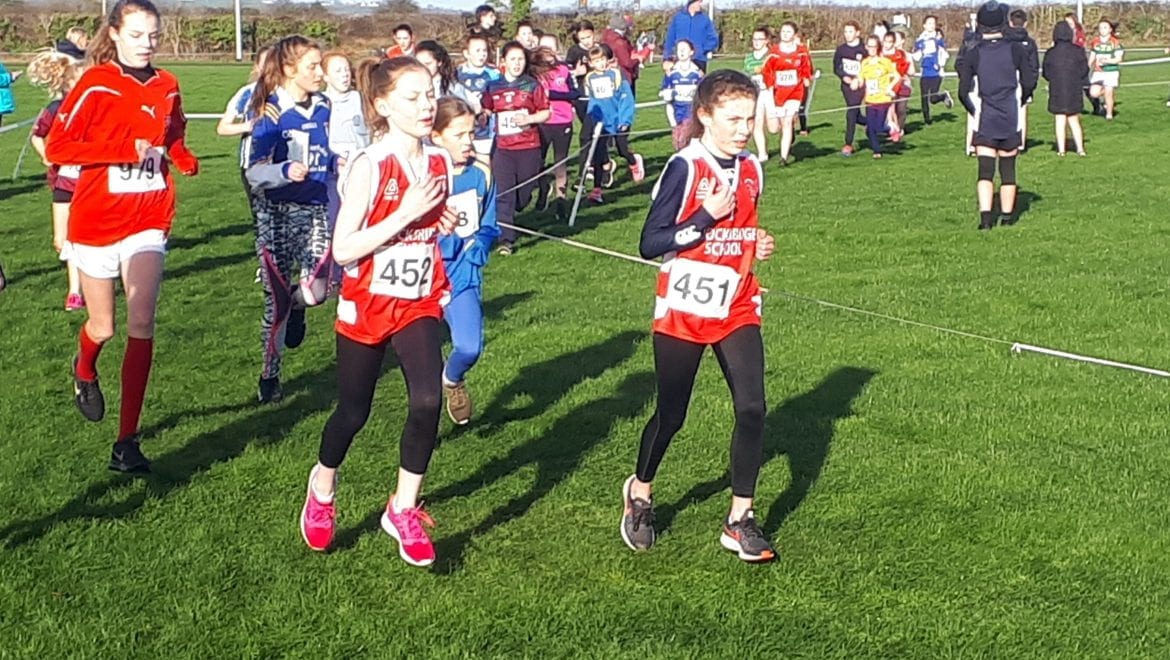 Today 4 boys and 4 girls from our school headed south to partake in Drogheda and District AC’s first schools cross country event. Schools from all over the county were in attendance with over 100 starters in the boys and girls primary school races. For most of our athletes, this was their first introduction to the world of cross country racing!

First up were the girls. There was a stampede for position at the first bend with Ella, Amy and Emma placing themselves well in the middle of the pack. April avoided the herd at the first bend and placed herself towards the back where she gained momentum as the race wore on. In fact by the time they passed the finish straight for the first time she had gained considerable ground, passing over half the field. Ella, Amy and Emma worked well together, keeping each other going while April continued her storming run. By the time she got to the finish straight, she had passed all but 6 other athletes. Before the line, she picked off a final rival to finish in an amazing 6th place overall! The girls pushed each other on and bunched well inside the top 25 for their first ever XC race. It was only later on in the day that the girls’ fantastic efforts were fully realised as their magnificent results were rewarded with the third team place overall!

While the girls were completely inexperienced, the boys had two seasoned campaigners on their team as Jack and Ruairi regularly line up in the blue of St Peter’s AC. Tony and Aaron’s nimble feet at the Family Fun Run last May suggested that the boys team would also challenge. Like the girls race, the jostle for position early on was ferocious but Jack placed himself comfortably in the top 10 early. Tony, Aaron and Ruairi found themselves in a strong position at the front third of the pack also. Aaron and Tony worked well together throughout, with Ruairi – one year their junior – running strongly to stay very close behind. While the first three in the race moved clear, Jack ran strongly in he chasing pack and held off challengers in the home straight to finish 8th out of a field of over 120 athletes. Tony and Aaron were a good partnership throughout, spurring each other on until 400m out when Aaron found a second wind and kicked on to pass many in front of him for a Top 20 finish. Tony held off challengers over the energy-sapping course with Ruairi a further 8 places back. The boys all finished comfortably in the top quarter of what was a huge field to just miss out on a team medal in 5th overall.

Despite the cold weather and the challenging 1.5k course, the smiles on the pupils faces afterwards suggests there may be many more outings in the spikes in the future!

We would like to say a huge thanks to D&D AC who put on a fantastic event in a superb facility – looking forward to many more trips there in the future! 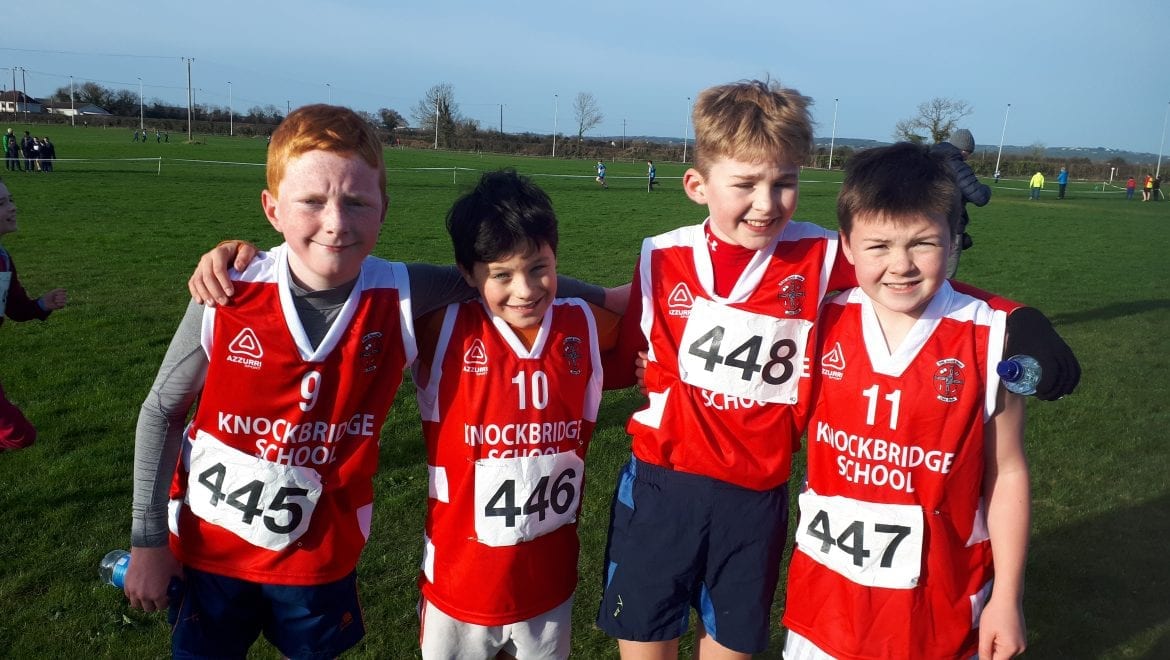 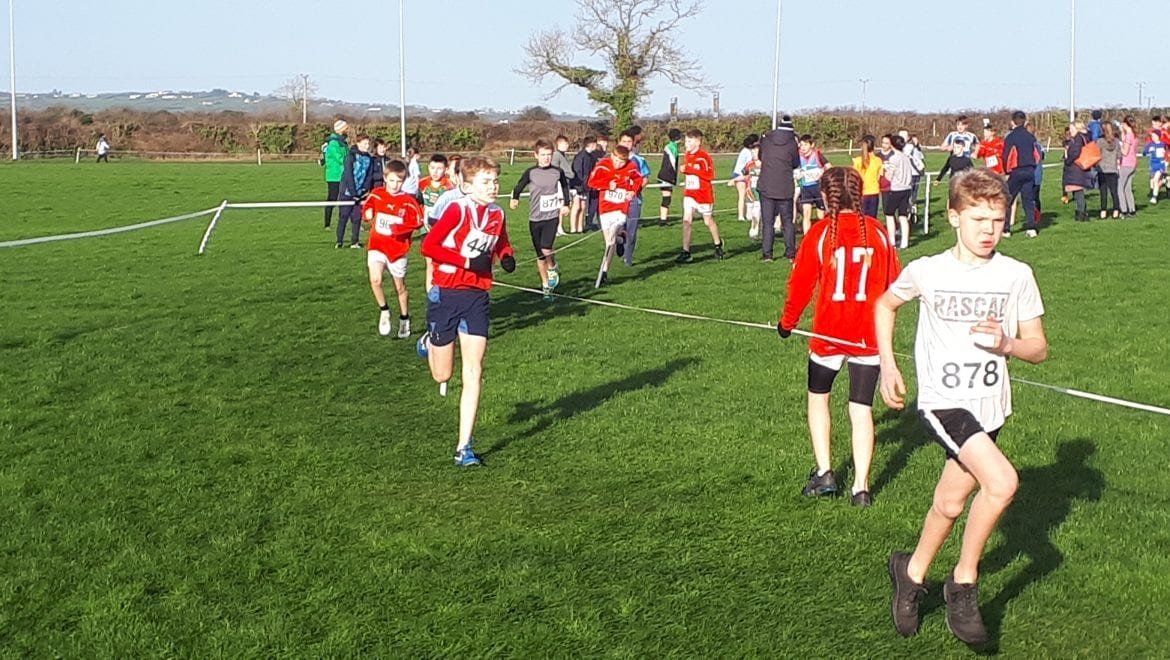 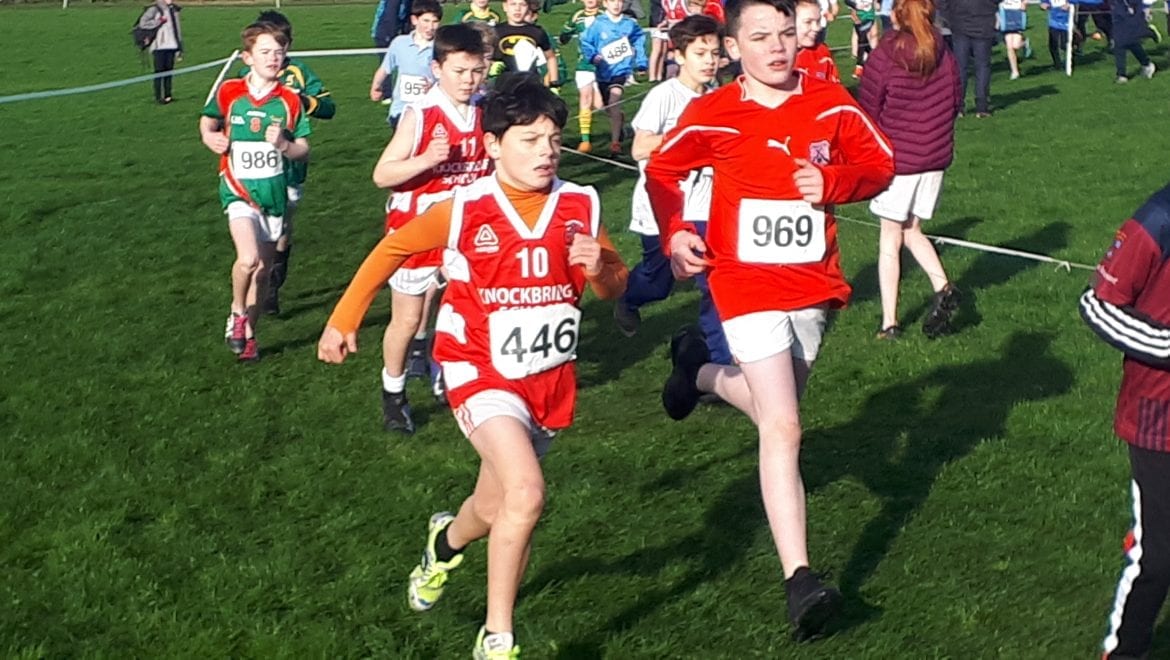 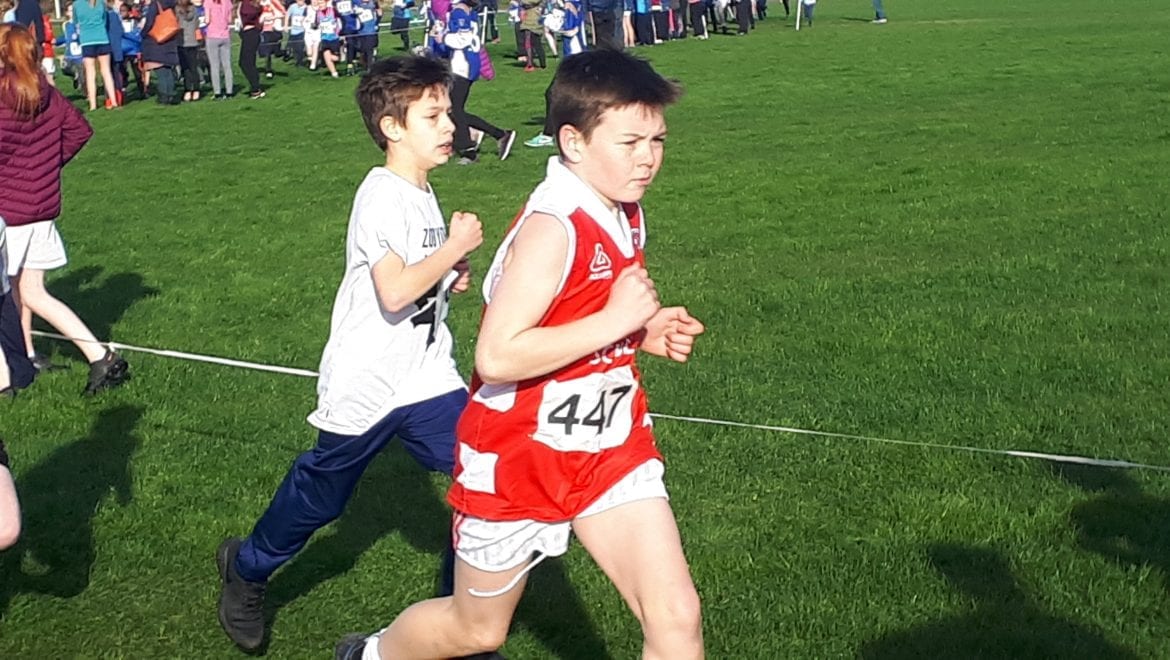 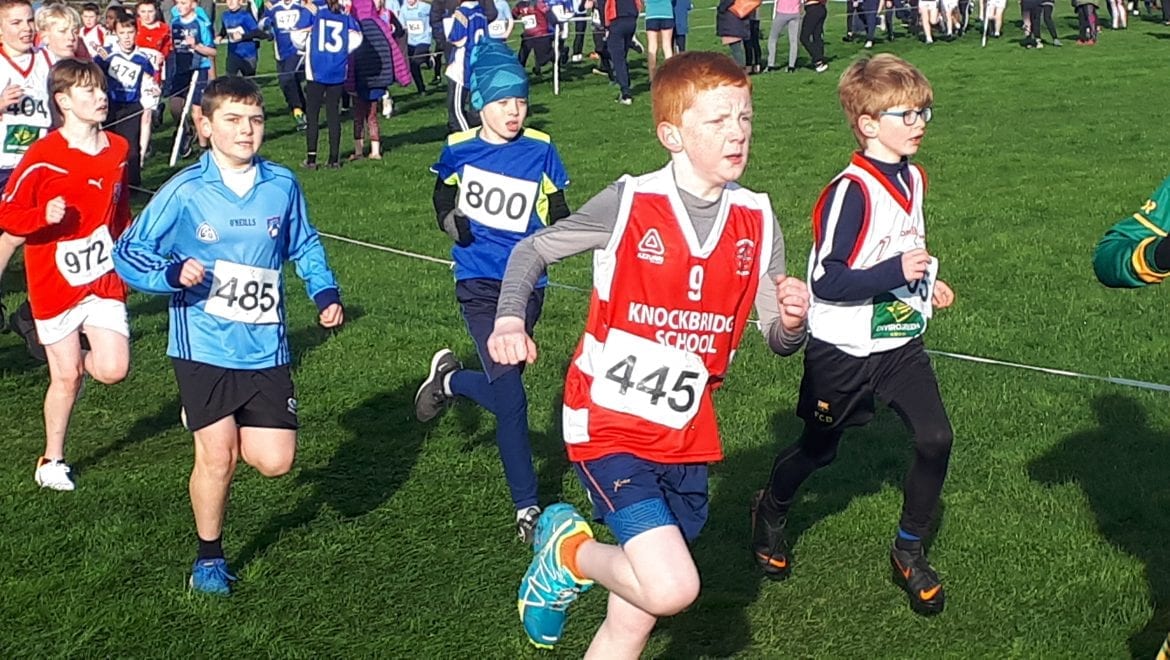