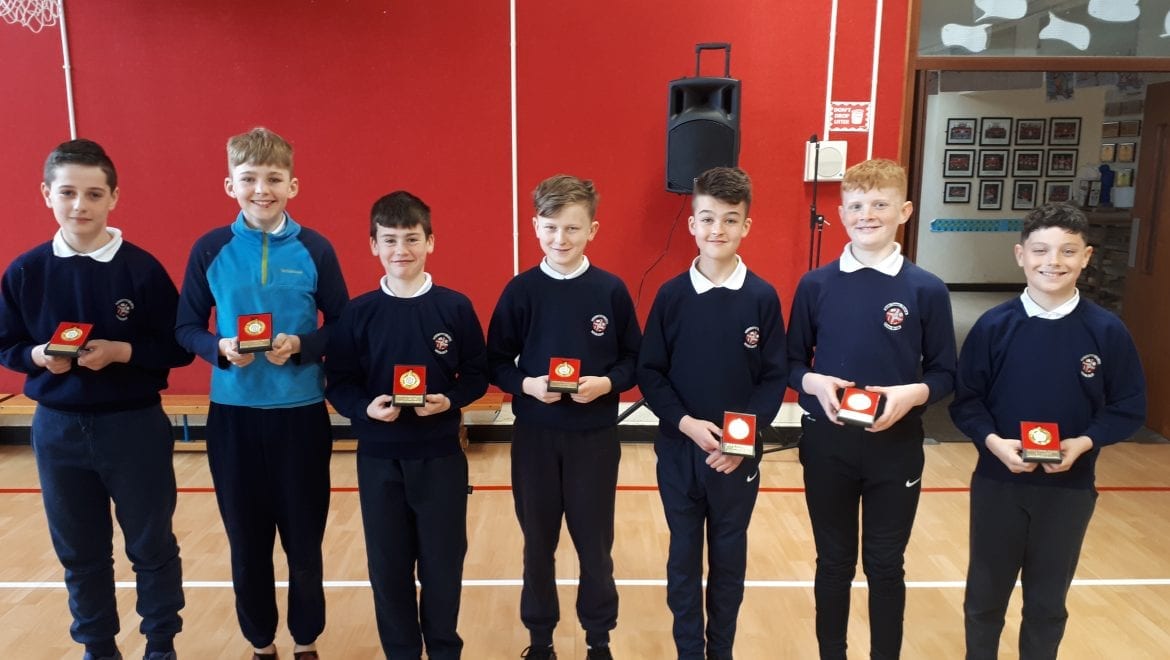 Our Easter Assembly was opened with a prayer read by 6th class student, Rebecca. 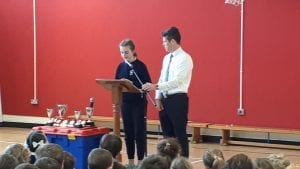 Master then had a quick recap on the events of a very busy week for us last week. He talked about the wonderful ceremony we had on Friday at confirmation, commending the boys and girls and also the choir led by Ms. McGill and Ms. Sweeny. He paid a huge tribute to the tireless work put in all year by the 6th class teachers – Ms. Clarke and Ms. Conroy. 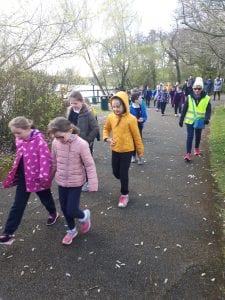 Master spoke to us about the hugely successful Sponsored Walk which has yielded a record-breaking total of €4,435 thus far. Master thanked the pupils and parents involved and told us that this money would be of great use as we look to build a walking and running track around the field. 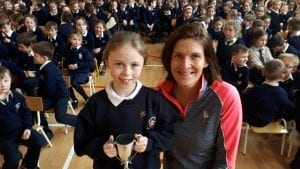 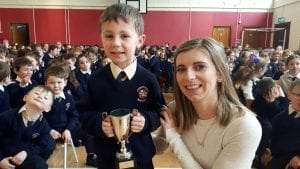 The Junior School achievements were then called out with the winners being presented their trophy and badge by their class teacher. 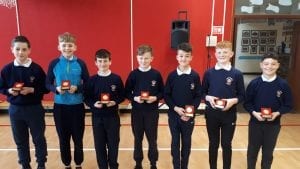 After the excitement of the award winners, a presentation was made to our superb boy’s 5 a-side soccer team, who have just captured the Louth FAI Spar soccer competition for the second year in a row and now move onto the North Leinster Finals in Navan next month.

Master spoke about the Friends for Life programme that has just been completed by Rang IV and then told us of the upcoming celebrations in the school in September as we plan to celebrate 50 years in our current building. 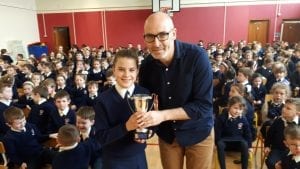 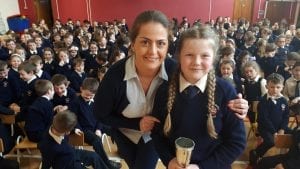 After this, the Senior School achievements were read out as well as the presentation of the awards for Person and Student of the month. 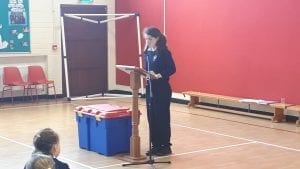 Before our final prayer by 6th class pupil, April and the announcement of tidiest classroom and most eco-friendly classroom, there were two presentations. Over the Easter break, not one, but two members of staff will be wed (not to each other – the Master was at pains to add!) Ms. McGill will marry Ciaran this coming Saturday, while Mr. Coleman will marry Emma the following week. We wish them all a life-time of happiness! 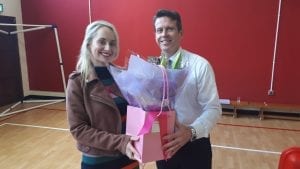 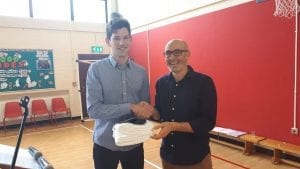