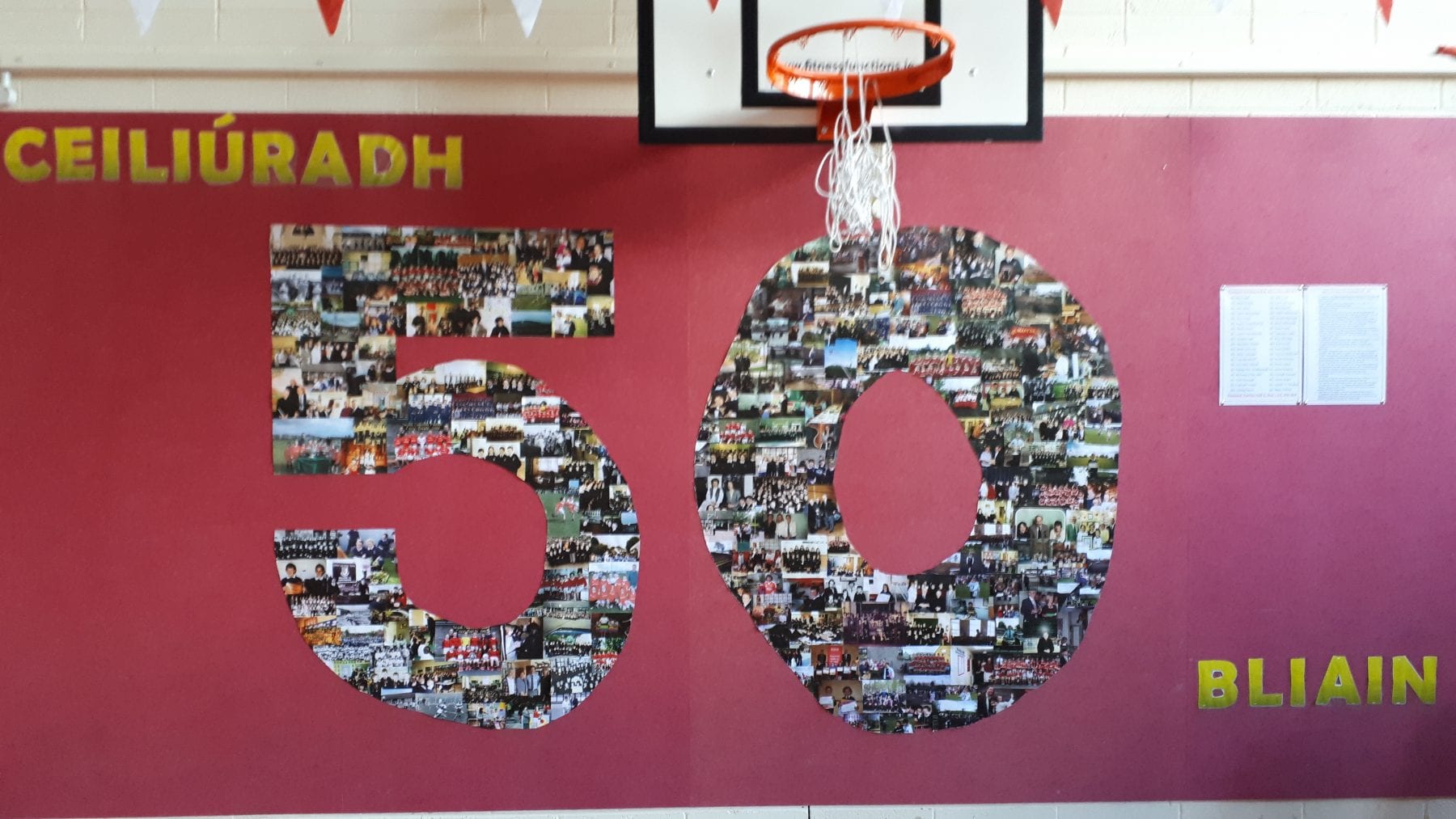 On Friday 27th September it was our schools 50th Birthday! It was a very busy day that we all enjoyed. Here’s what happened..

On Friday morning we helped Mr. McClean to cut out letters for displays in the halla. Next, we had a secret mission to carry out! We were making a birthday card for Master and had to get everyones signature for our giant card! Alannah and I went around the classes to collect all the signatures. After that, Ms. Conroy got a wonderful drawing from Oteya in 6th class. She had drawn a sketch of Master McDonnell for the front of the card.

The Green Schools Committee had their flag raising at 10.30am with special guest , Mr. Declan Breathnach. The infants helped with the procession and a photographer from The Argus was there to take pictures. We are so glad to have our 7 Green School flags!

At 11.00am we went to the church for mass. I was sitting beside Gavin and Alex in the front row. Our class, Mrs. Evan’s class and Ms. Clarke’s class were in the choir led by Mrs. Kearney and Ms. Sweeney. The servers were Carla Ellie. David and Ben.

After mass, we made a guard of honor all the way back to the school and down to assembly. There were speeches and songs, as well as funny memories read by some children. Before assembly ended, we surprised Master with his card and a video. Lots of students were interviewed in the video. Conor in 6th class read a poem too.

After assembly we all went outside for the BBQ! We had burgers and sausages and got a fizzy drink each! We also had ice cream, the flavours were Vanilla and Raspberry Ripple. I think everybody had a great day, I know I did!