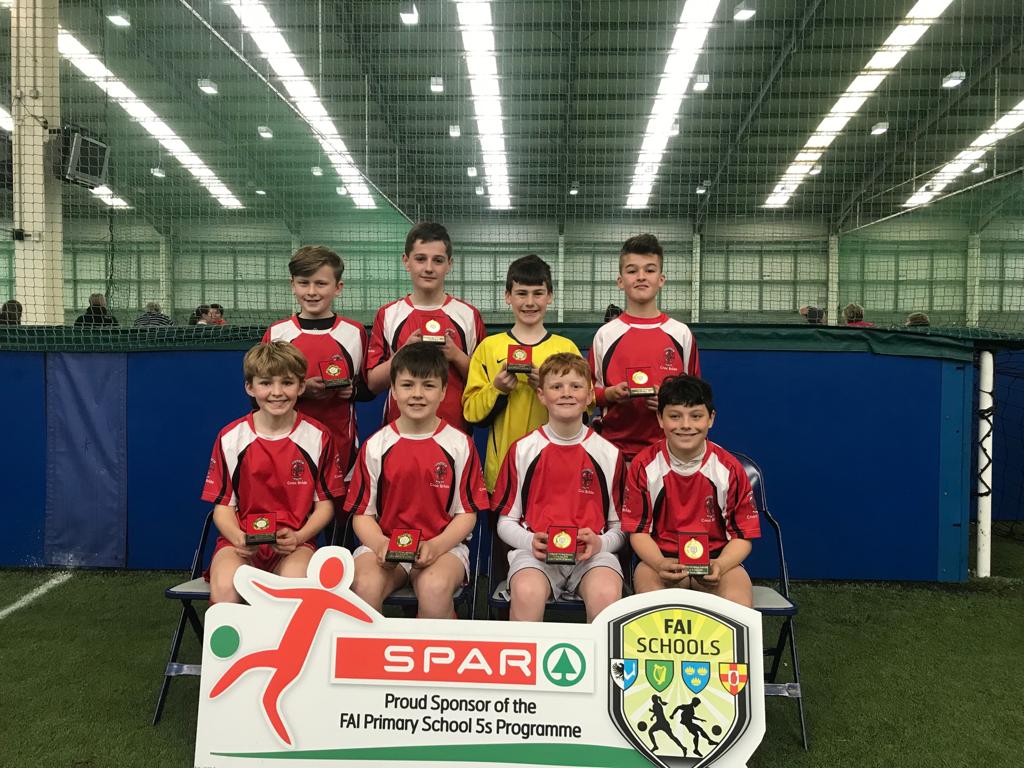 For the second year in a row, our boys soccer team claimed the Louth 5-a-side crown. After winning their opening blitz convincingly a fortnight ago, the team was dealt a bitter blow with the injury to their starting goalkeeper, Oran, two days before the finals. Donal was to prove a very handy replacement on the day, however!

In the opening game, the team missed chance after chance as they stared defeat in the face with minutes to go, yet a well worked team goal in the dying seconds gave them a more than justified draw with Aston Village. The second game against Collon was a hard fought one, but the boys’ class shone through as they won 7-2. The team were now finding their feet as they moved through the gears in their game against Dromiskin to record a 10-0 win. This victory proved crucial in the end as Knockbridge’s goal difference was superior to Aston Village, who also went on to win their two remaining games.

The North Leinster Final beckons on the 2nd of May in Navan, with the boys hoping to go one better than last year and reach a Leinster Final!