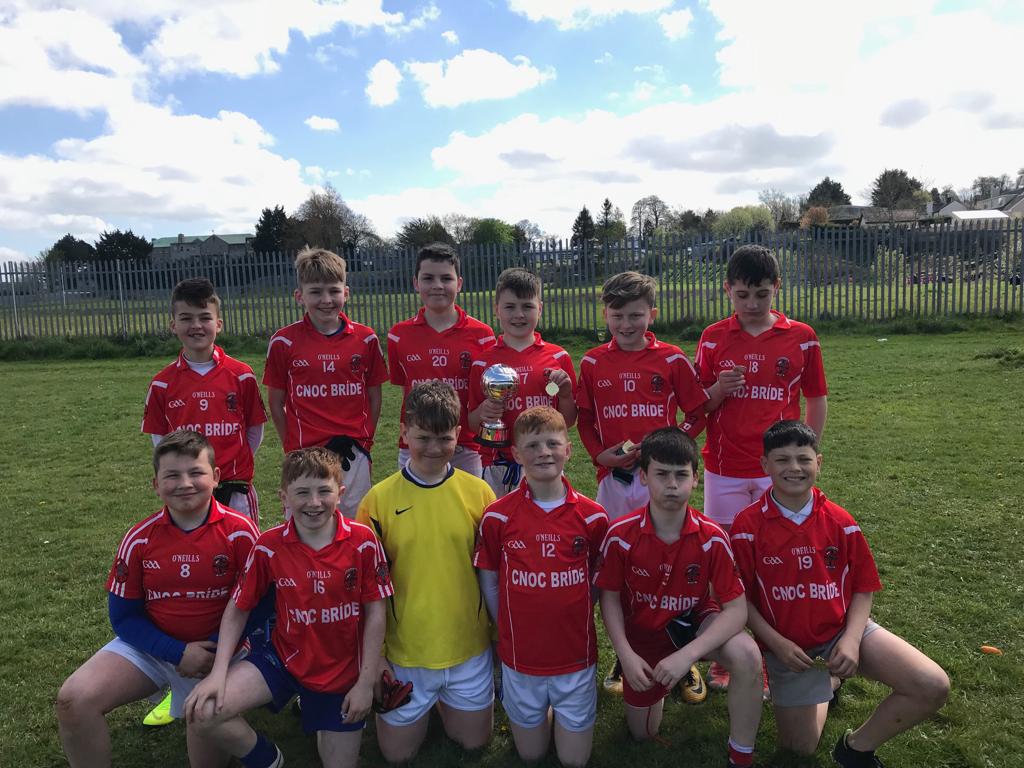 The last two days have been a roller-coaster ride for the boys footballers in Knockbridge.

Yesterday, the boys 6th class team travelled to the De La Salle blitz which was held in memory of former pupil, Conor Morgan. After a straightforward group phase the boys overcame local rivals, Louth Village, in the quarter finals. A titanic battle was then waged against familiar foes, Dromiskin, in the semi-finals – one which our boys managed to see their way to victory in. Finally, a hotly contested match against Kilcurry saw our boys triumph 3-2 to 1-1! It was a great honour for the school and Dundalk Gaels member, Tony, to receive the trophy from Conor’s parents, and fellow Gaels club members, Paul and Blathnad. 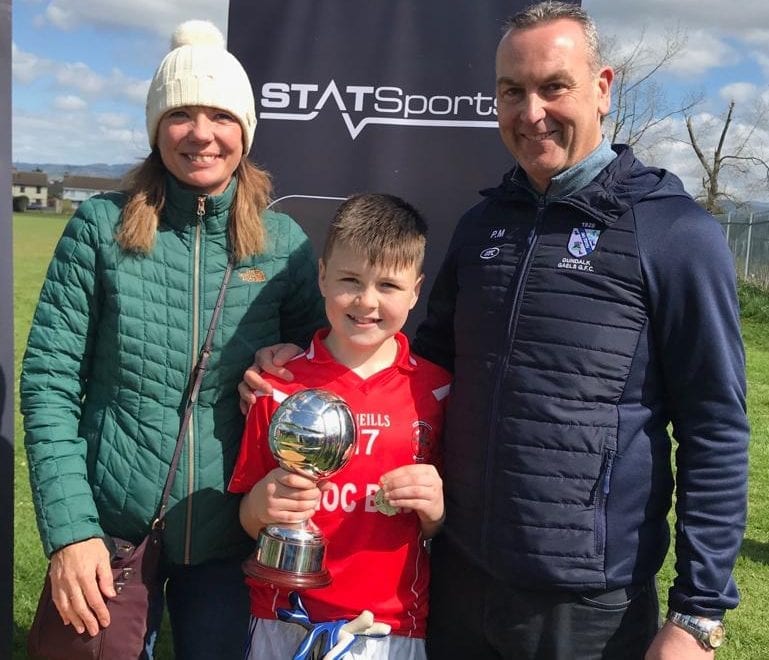 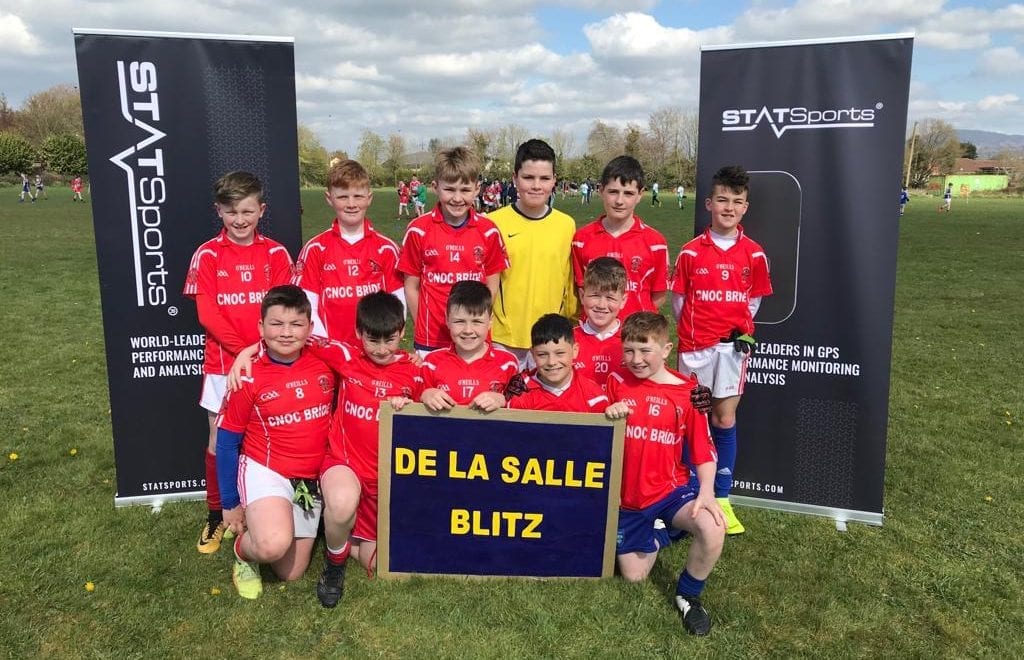 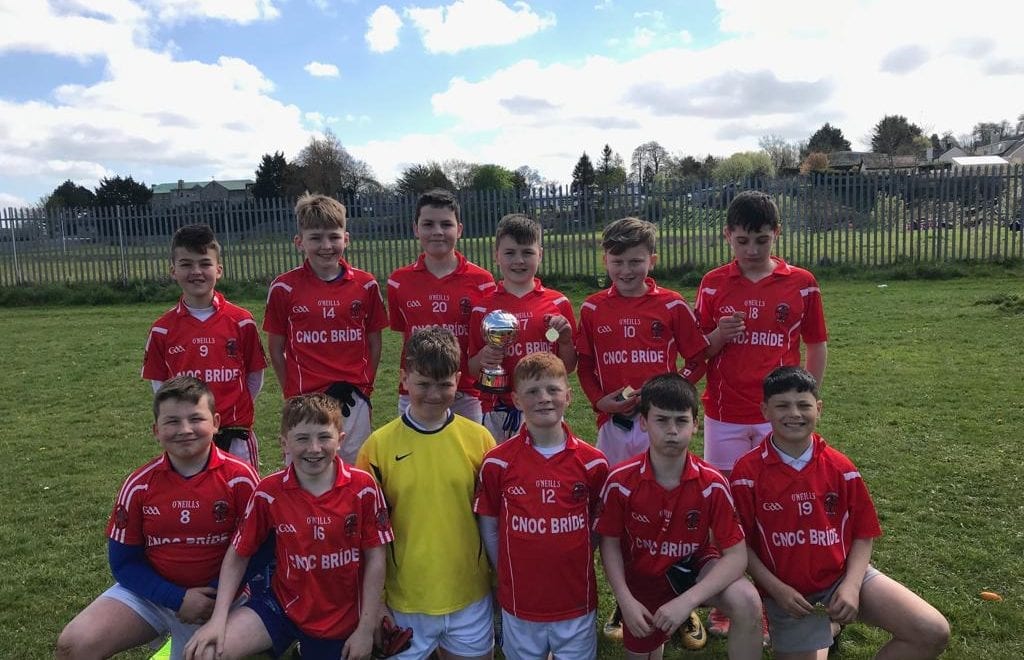 Today was the turn of the 5th and 4th class boys to display their abilities on the football field as they faced five other schools in the Marist blitz. With their predecessors lifting the trophy last year, the pressure was on this new crop of Knockbridge footballers to retain the title. The boys didn’t disappoint as they went from strength to strength during the group phase, dispatching every other team along the way with great team work and skillful play. A perfect record in the group phase meant a Cup final appearance against their first conquered opponent, St Joseph’s. The boys, who had gelled really well over the 5 games previously, stood tall and rattled off point after point in imperious fashion to deservedly retain the trophy. As an added bonus, Jack was rewarded for his determined manner and steely defensive play with the Player of the Tournament award! 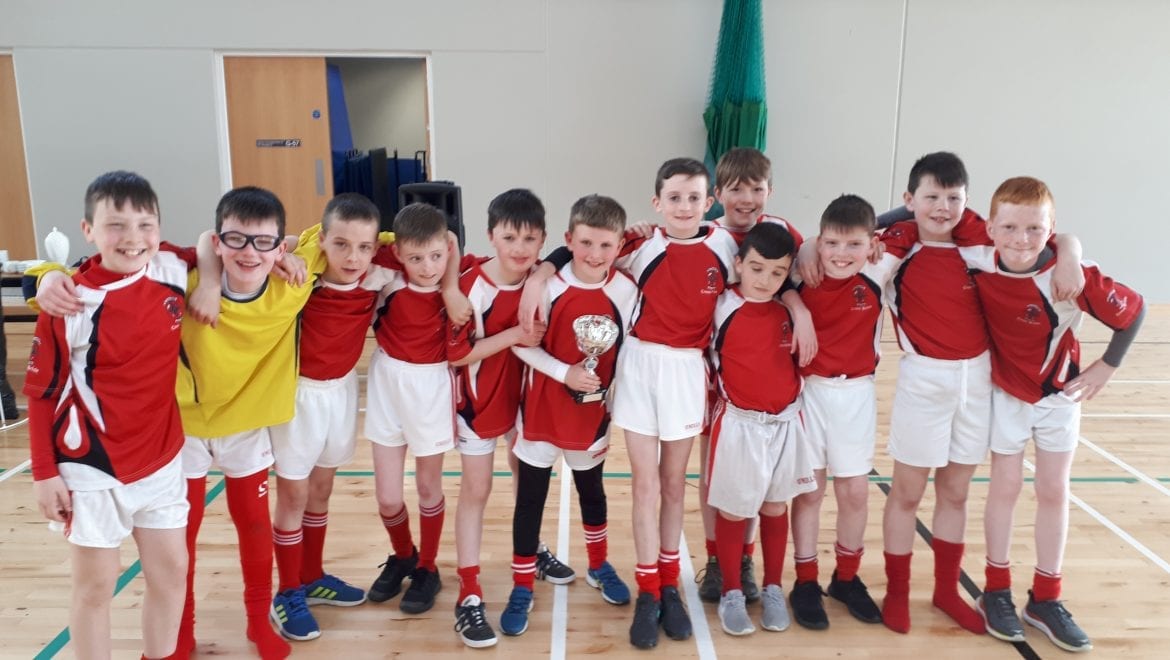 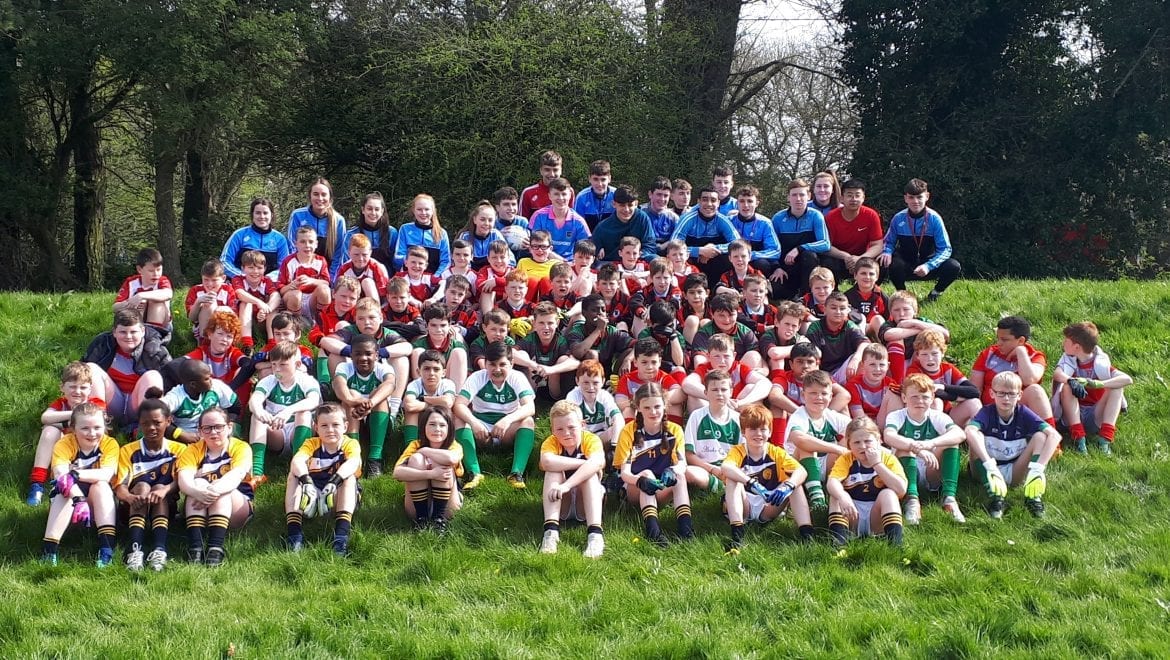 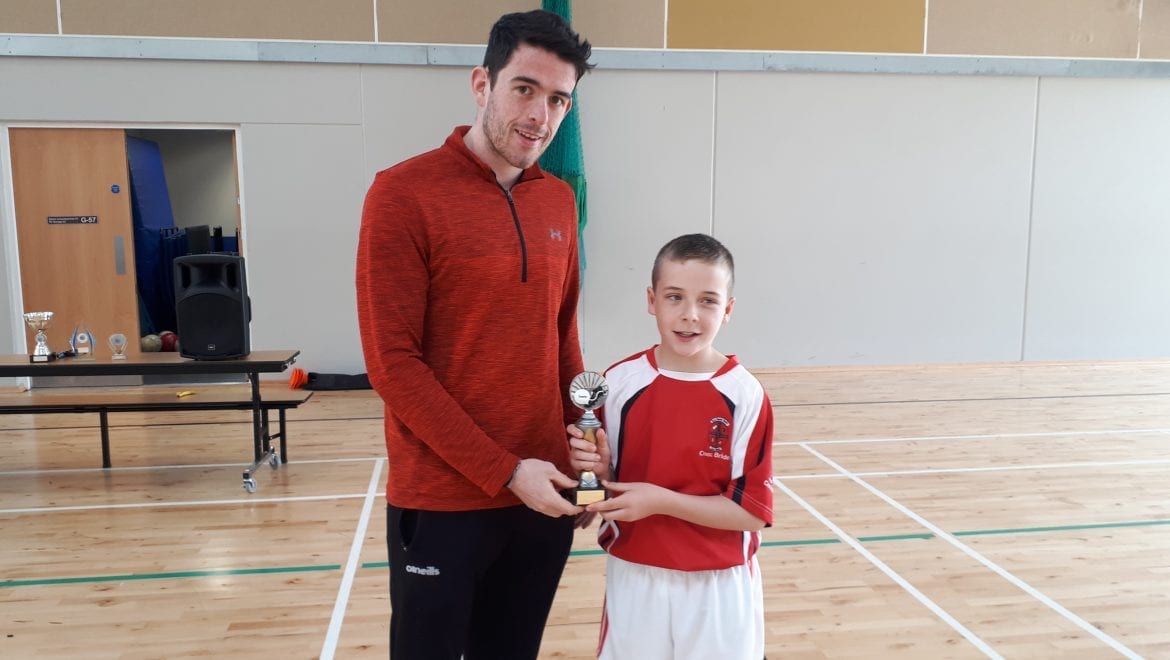 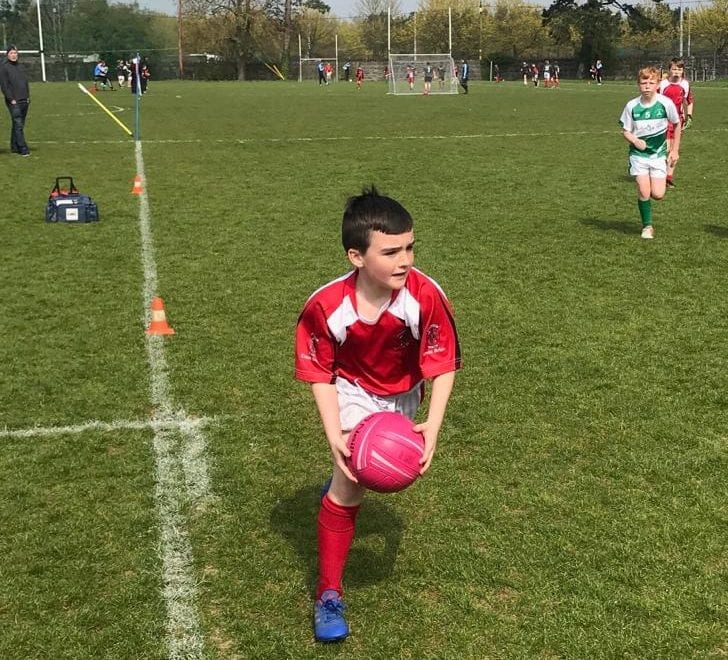 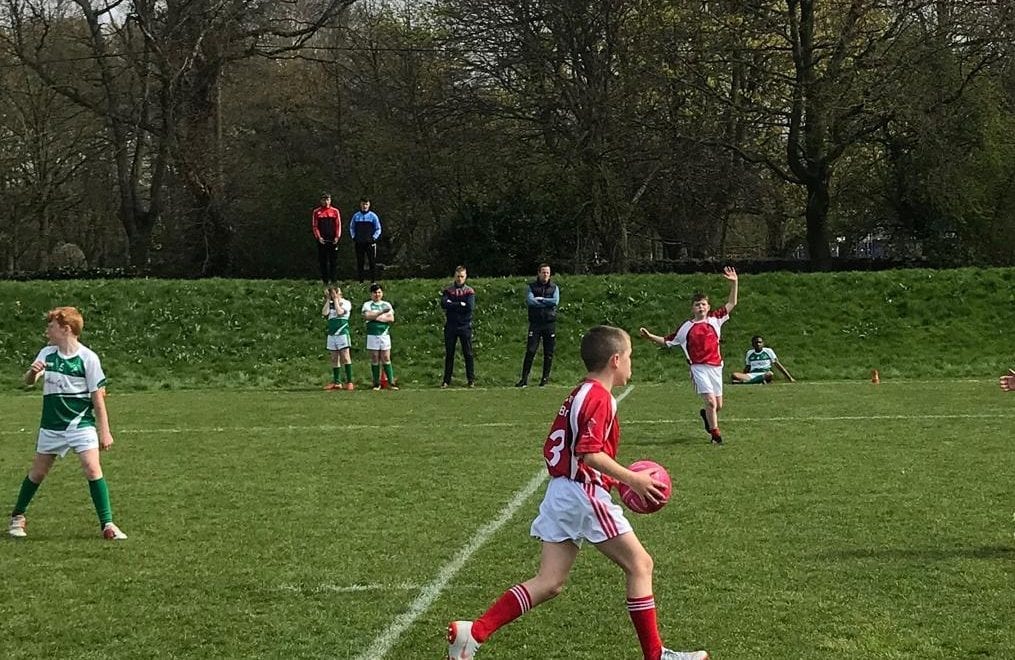 In the afternoon the 6th class team took to the field of the Grove in Castlebellingham in the final of the Allianz Cumann na mBunscol all-county blitz. Having come through two blitzes to reach the final, Knockbridge were up against the cream of footballing talent from around the county. First up was a tough match against Muchgrange. After a lightning start, Muchgrange got a bit of a foothold and battled back well. But in the second half, experience shone through as our boys ran out winners by a scoreline of 4-4 to 2-2. In the second game the boys faced Harestown. A cagey opening was broken by a couple of quickfire goals and we ran out 2-7 to 0-4 winners. This all set up the finale against Stabannon who had also won their opening two games. The same opponents had just pipped us to the title last year at this very same stage and unfortunately for our boys, revenge wasn’t on the menu today as the toil of the past few days showed and we were out-muscled and outplayed in the last game and just came up short of the victory required. 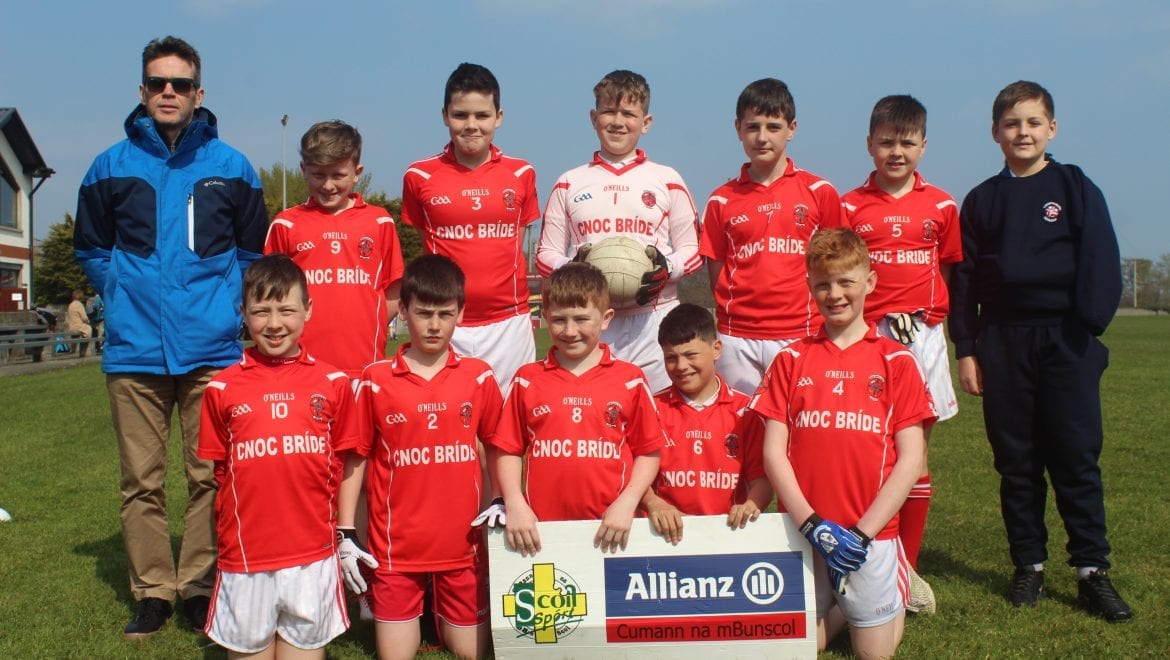 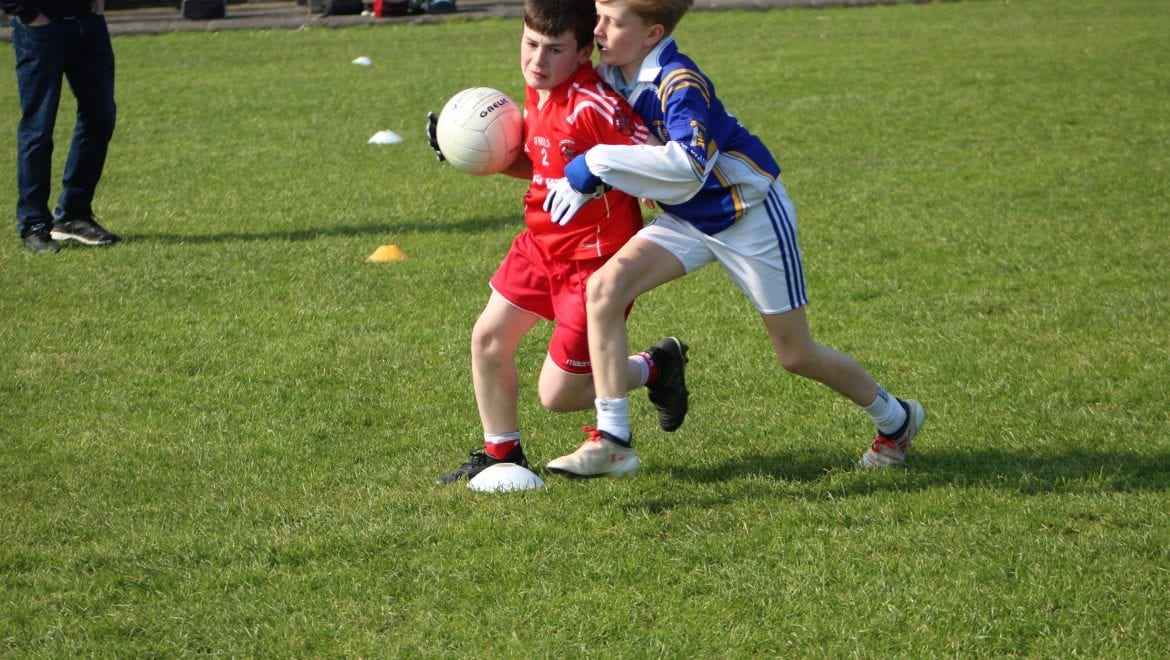 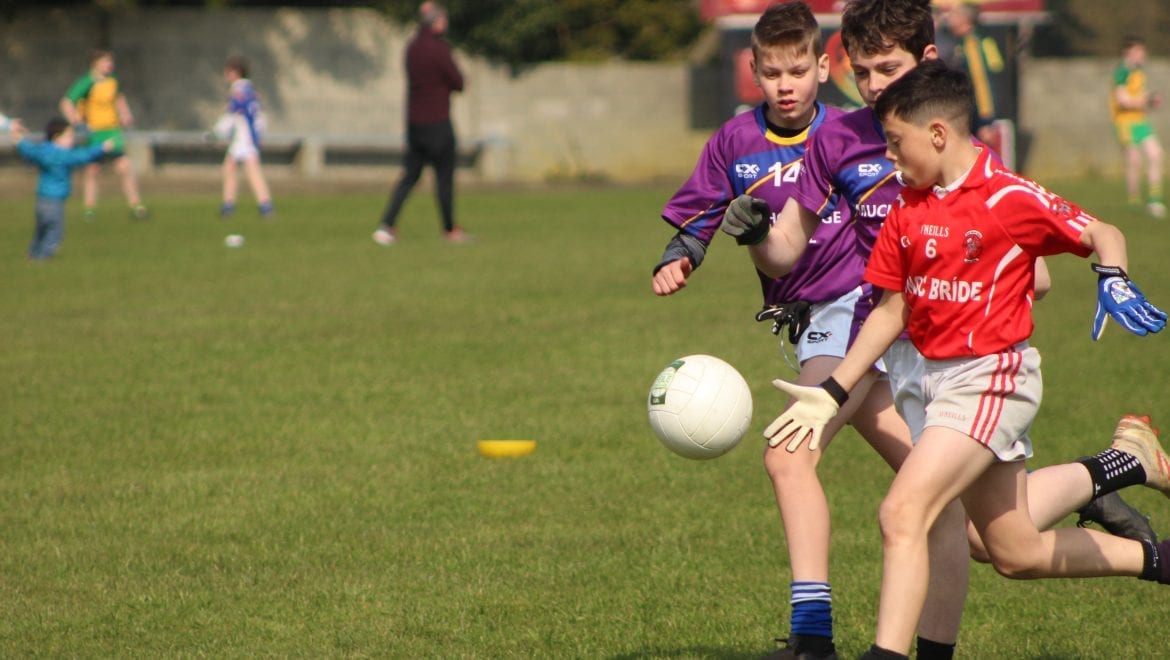 Nonetheless, we are so proud of our footballers for their heroic efforts over the past few days and we look forward to an exciting Peadar O’Cearnaigh campaign after Easter. We also have high hopes for our girls as they continue to prepare for their Sciath Mhic Giolla Eáin campaign after the break also.