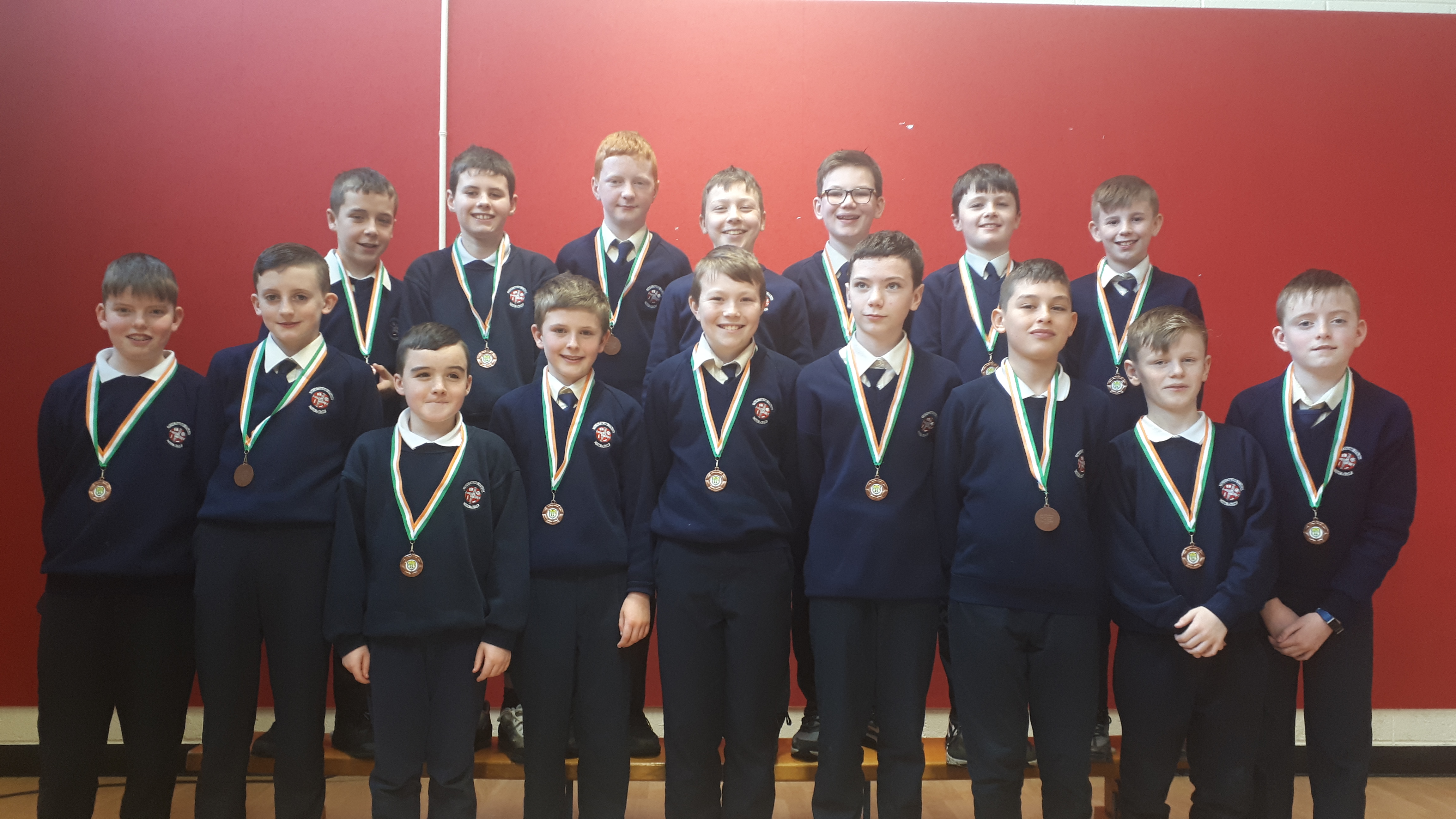 We began our first assembly of the calendar year as Master asked everyone to remember former Master, Pat O’Neill, who passed away recently, as we joined in prayer.

To celebrate Catholic School’s Week 6th class read prayers of the faithful and Master told us what we had gotten up to during the week with events such as St Brigid’s Cross Making and Grandparents Day.

Next, the Junior School achievements were read out and the Person and Student of the month awards were presented.

Master then introduced the members of 4th class as they wowed the crowd with a Pop Medley from the Peace Proms that they were preparing for that weekend. After this the Senior School achievements were read out and the Student and Person of the month winners were revealed.

The boys 11 a-side soccer squad were presented with medals for their recent achievements, 4th class were presented with their Friends for Life Certificates, tidiest and eco-friendliest classrooms were announced, upcoming events were mentioned before Rand IV once again performed to close the assembly – this time a rocking Queen Medley!