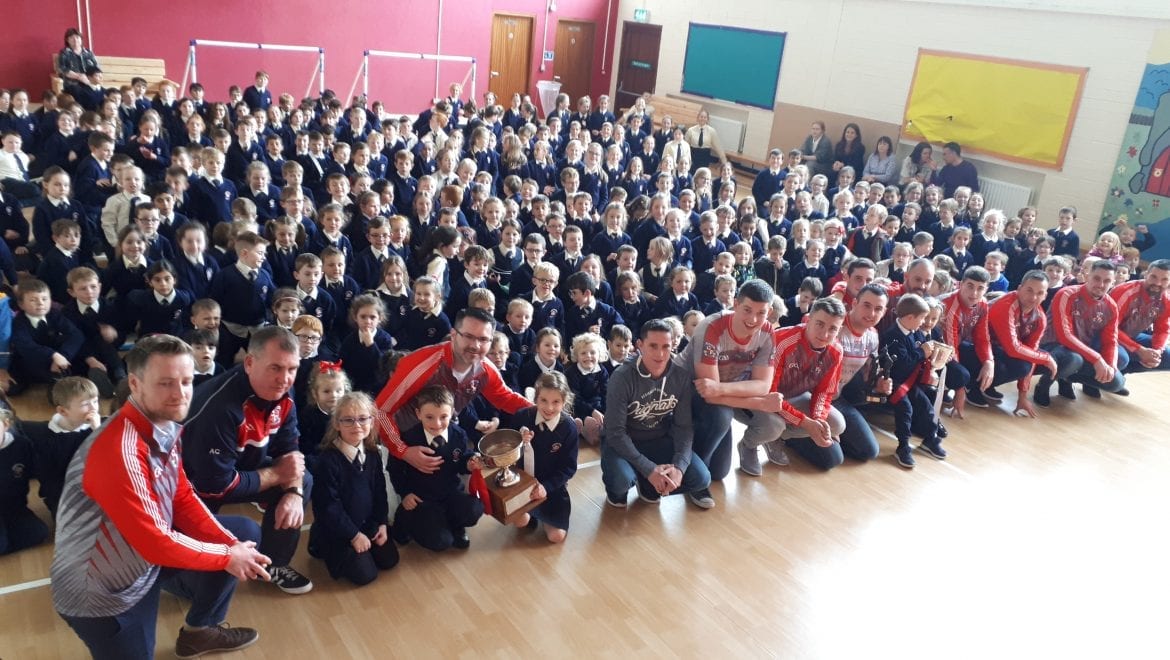 Today we were treated to a special visit from a group of former pupils as members of the victorious Knockbridge Hurling Team arrived at the school to show off the silverware they have won during this very successful season.

Yesterday the Knockbridge Hurlers defeated St Fechins to win their first Senior Championship in 4 years. We were thrilled to welcome many former pupils of St. Mary’s as we heard from the club chairman, a member of the management team and yesterday’s Man of the Match.

First, club chairman Seán Byrne thanked all those that were in attendance at yesterday’s triumphant victory. He urged those that played hurling and camogie on Friday evenings in the Brides field to continue to do so and welcomed those that may be interested in joining to come along too.

Yesterday’s Man of the Match, Gerry McKeown, also thanked the supporters in attendance and stressed the importance of team work and togetherness.

Finally team selector Aidan Costello spoke about the importance of training and participating in order to achieve your goals like the team did this year.

Before they left, the team posed with the entire school and the championship and league trophies that they won this year for a jubilant photograph.

Esmé, Osín and Tadhg will remember this visit with fondness as they got to pose with their fathers who were stars in this season’s successes. 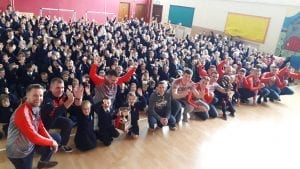 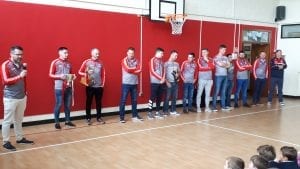