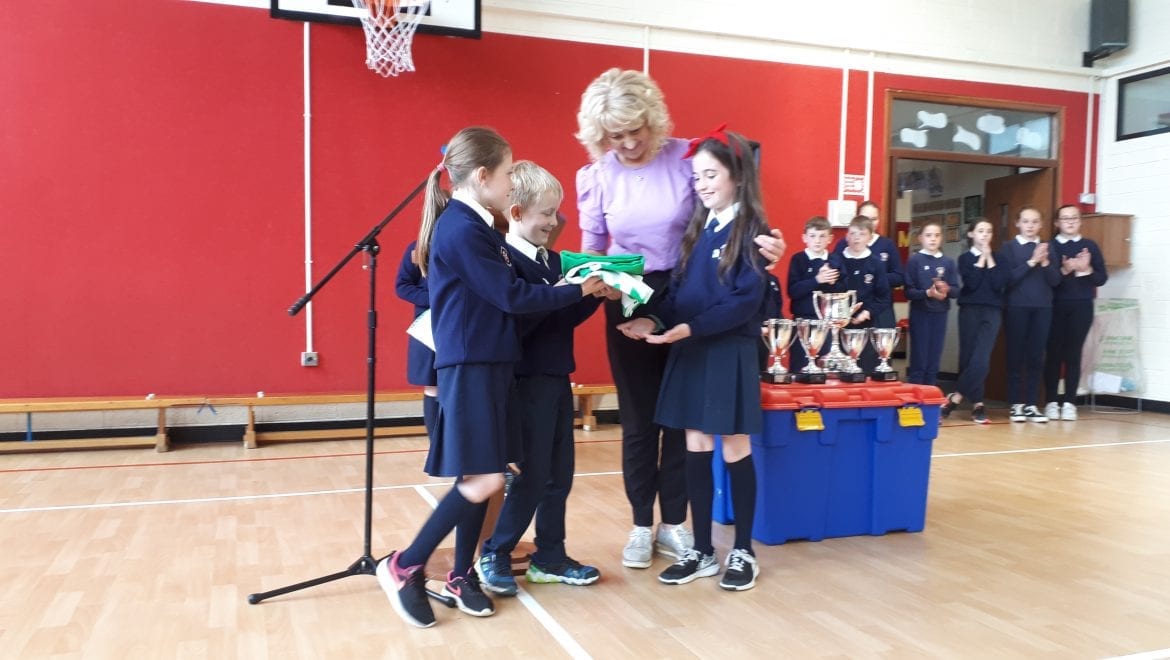 There was a lot to get through at this year’s penultimate assembly with the school a hive of activity recently.

Eoin from 6th class opened the proceedings with a prayer that was specially dedicated to all those that we know about to undertake exams in the coming weeks. 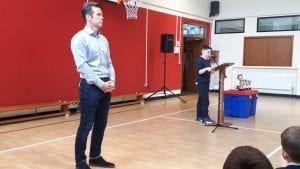 Master then spoke to the school about how proud we are of our 2nd classes who have just received the sacrament of Holy Communion in the past month in a special ceremony that was perfectly prepared by Mrs. McKeown and Mr. Clune.

Next, the student council addressed the assembly about their ongoing work and reminded us about the upcoming bake sale in the school (Thursday 6th June.) 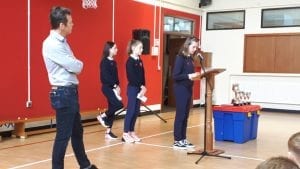 Master then had some news and reminders for the pupils. He spoke about our new walking track that will be installed over the summer months thanks to our wonderful Parents and Friends Association. We’re excited about the opening of our fabulous new library. Master announced that 1st class will soon be allowed to play on the field during big break. We spoke about school tours and we reminisced about 5th and 6th class’s fantastic experience in the Gaeltacht in Donegal recently. 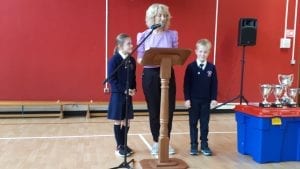 We had a special treat next as Mrs Farren took to the podium to speak about our success in attaining the school’s 7th Green Flag! Jack and Niamh attended the award ceremony last week and were again at Mrs Farren’s side as they presented the flag to Green School Committee member, Sarah. There was also a speech from three members of the GSC. 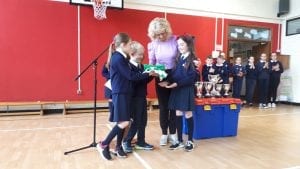 We then heard the Junior School achievements for the past month and the winners of the person and student of the month were announced. 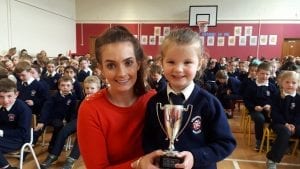 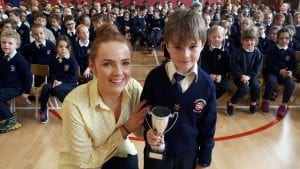 After this we got a special treat as four of our eight medallists at the recent Feis Mhuirtheimhne recited their poems. Master paid tribute to all who took part and gave a very special mention to Ms Clarke, who diligently prepares the pupils every year.

After this we heard the Senior School Achievements and teachers presented the person and student of the month awards. 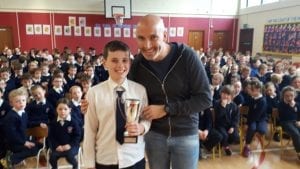 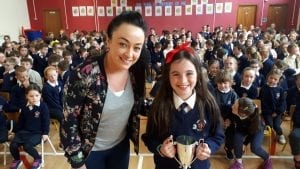 We still had time to present more awards as the boys and girls class winners of the Family Fun Run were presented with commemorative certificates. The biggest cheer went up for the winner of the coveted teacher’s race as Mrs McKeown accepted her prize. 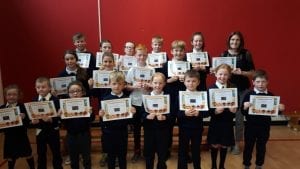 Before a closing prayer by Master, all that was left was to announce the tidiest and most eco-friendly classrooms for the month.