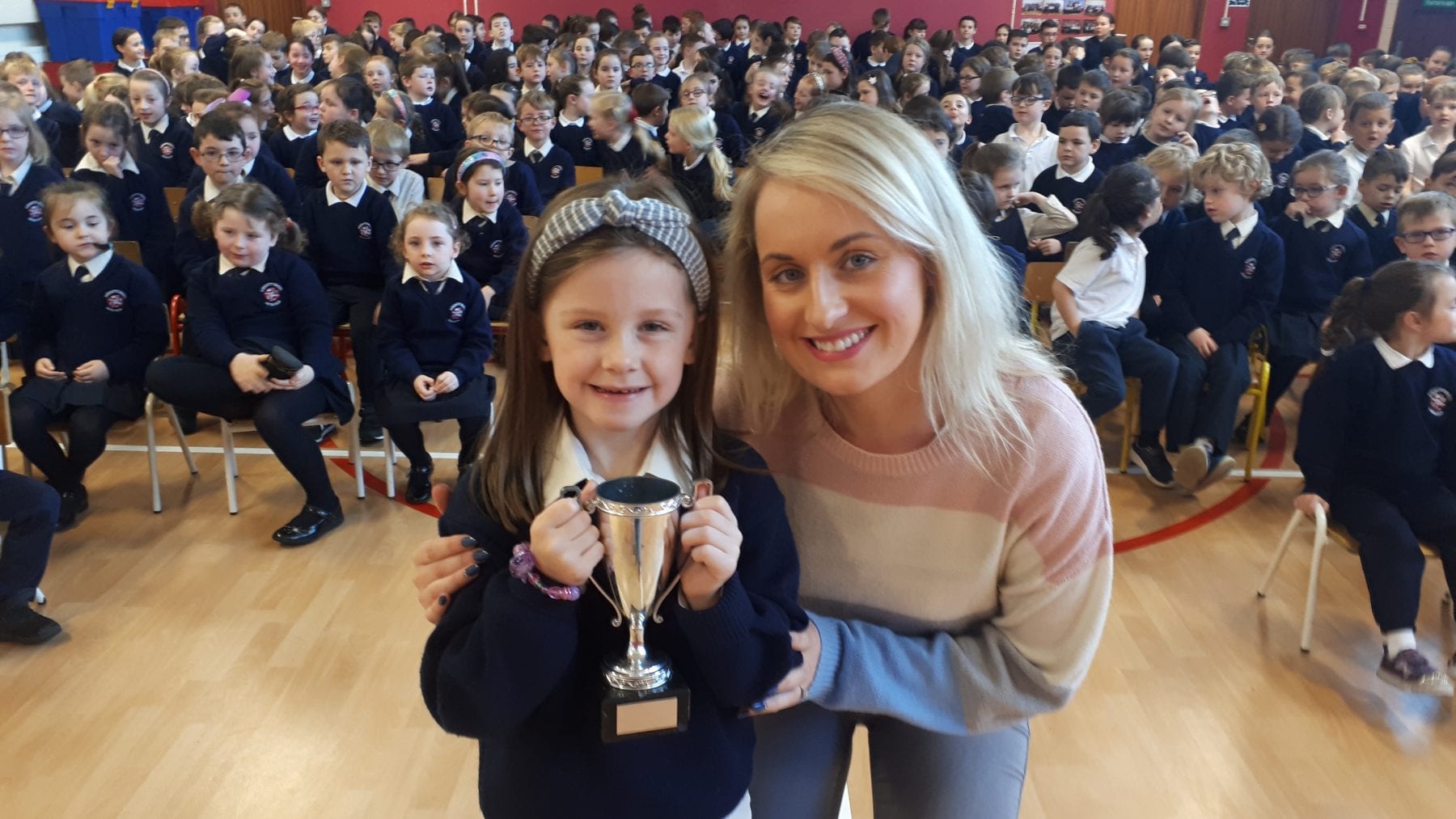 We were treated to a performance from 4th class and Ms Molloy’s class to open our assembly. Mr McClean’s class are busy practicing for the Peace Proms in February and today 1st class joined them to sing “A Million Dreams” from The Greatest Showman.

At his first assembly as school chaplin, Fr. Gerry opened with a prayer and encouraged all the pupils to work together to build a fantastic school community.

Master then took over as he welcomed Mr Clifford to our staff. Although not his first assembly in St. Mary’s as he was a former pupil, Mr Clifford was experiencing life in the red chair for the first time!

Master spoke to all about the student council and the suggestion boxes that are located in all classes. An example of how well they are working is the suggestion that was adopted last week – we had a schoolyard disco last Friday!

The Junior School achievements and awards were then handed out.

After this Master had a few reminders regarding the yard and field and reminded us about the upcoming Parents and Friends Association Family Fun Quiz (Thu 5th December at 7:30pm) which will have a Christmas theme once again.

There was then time to announce the three Credit Union Art Competition winners from the school – Lily in 4th class and Ruth and Oteja in 6th class – before Rang IV and Rang I wowed us once again…this time with their version of “Make Your Own Kind of Music.”