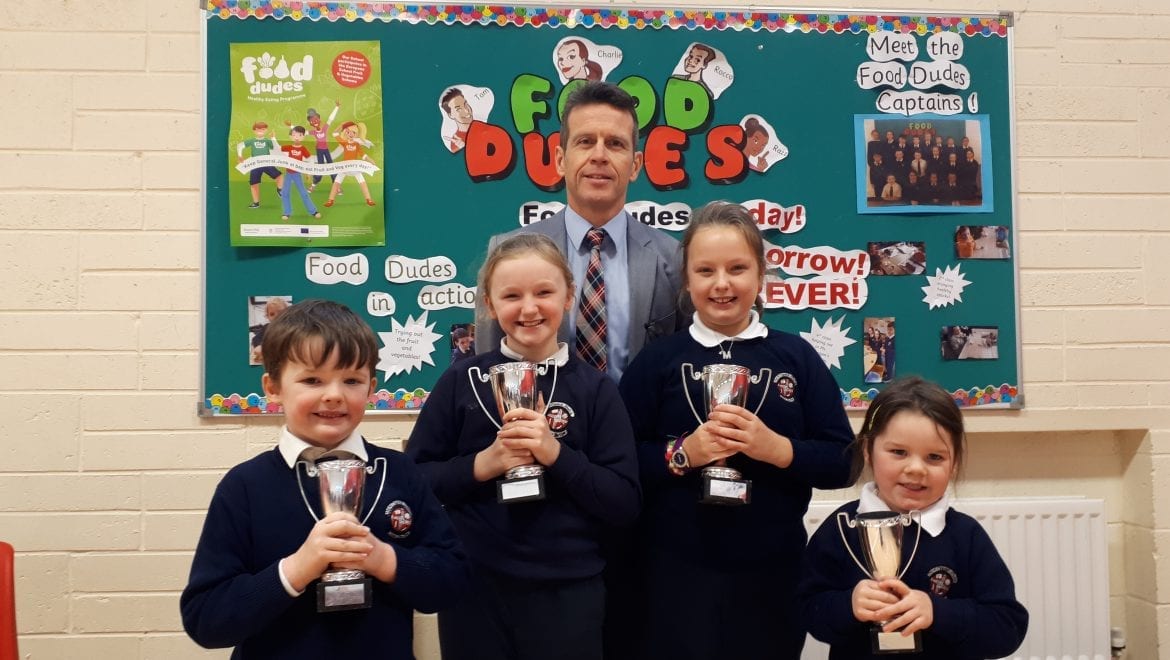 The entire school descended upon Halla Setanta as Master opened the November Assembly today with a very thoughtful prayer. We then heard how well the boys and girls of the school have been doing on the Food Dudes programme. Plenty of fruit and veg is being consumed as part of some very healthy lunches. Three special awards were presented by Food Dudes coordinator, Miss Finnegan, to pupils who have shown a great determination to eat lots of fruit and veg. 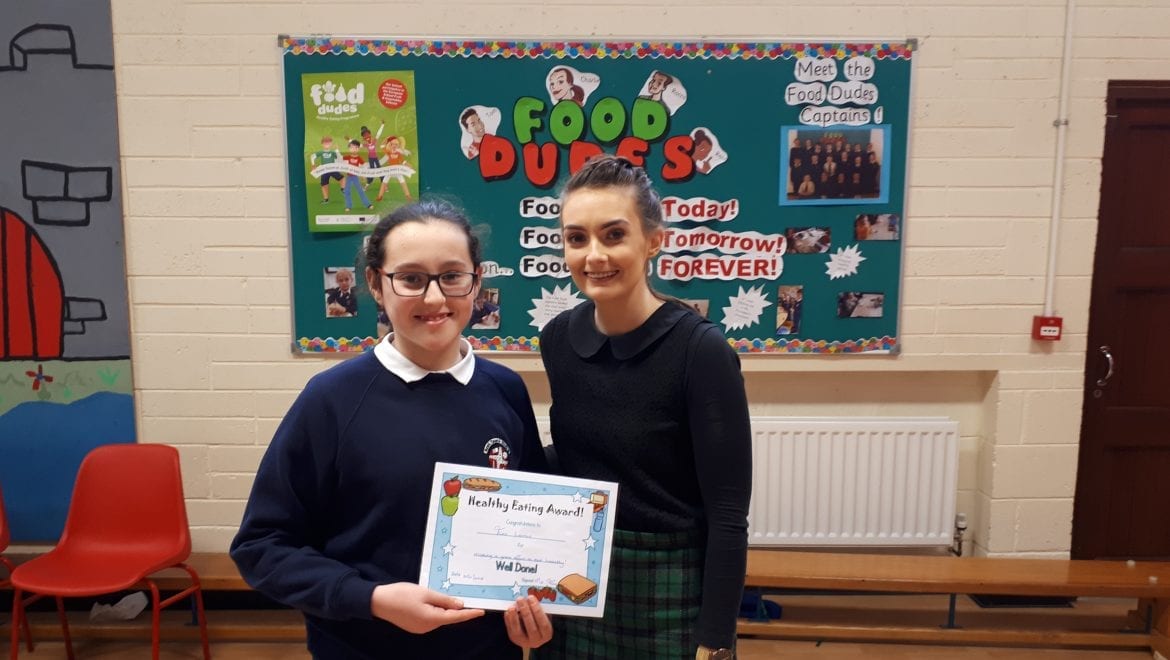 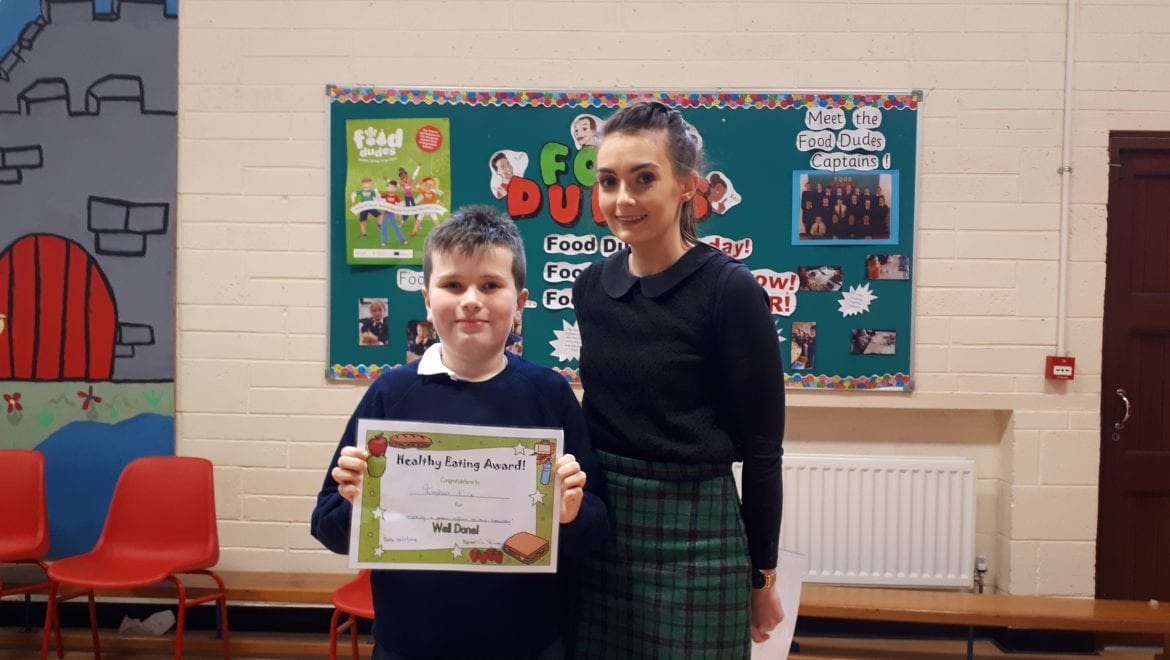 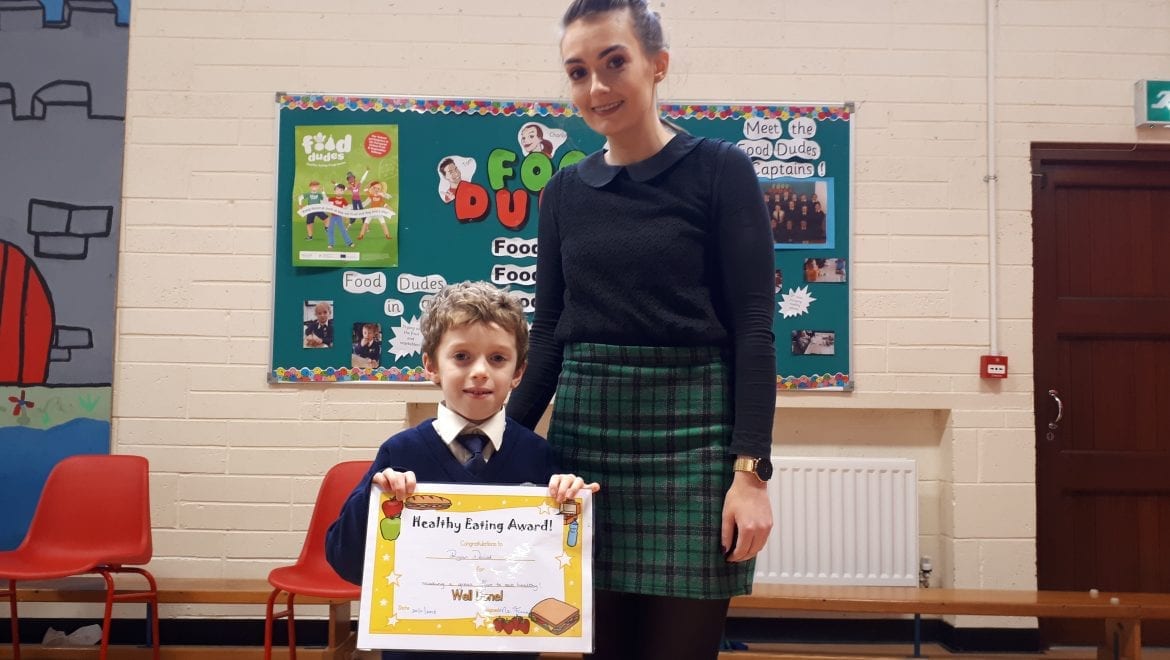 We then heard about the successful visit of the Book Fair during the week. Nearly €4,000 was spent over the course of the two days which means that the school will now be able to stock the school and classroom libraries with €2,000 worth of new books! Master also congratulated all the classes on the wonderful door displays that were created for the visit of the book fair. 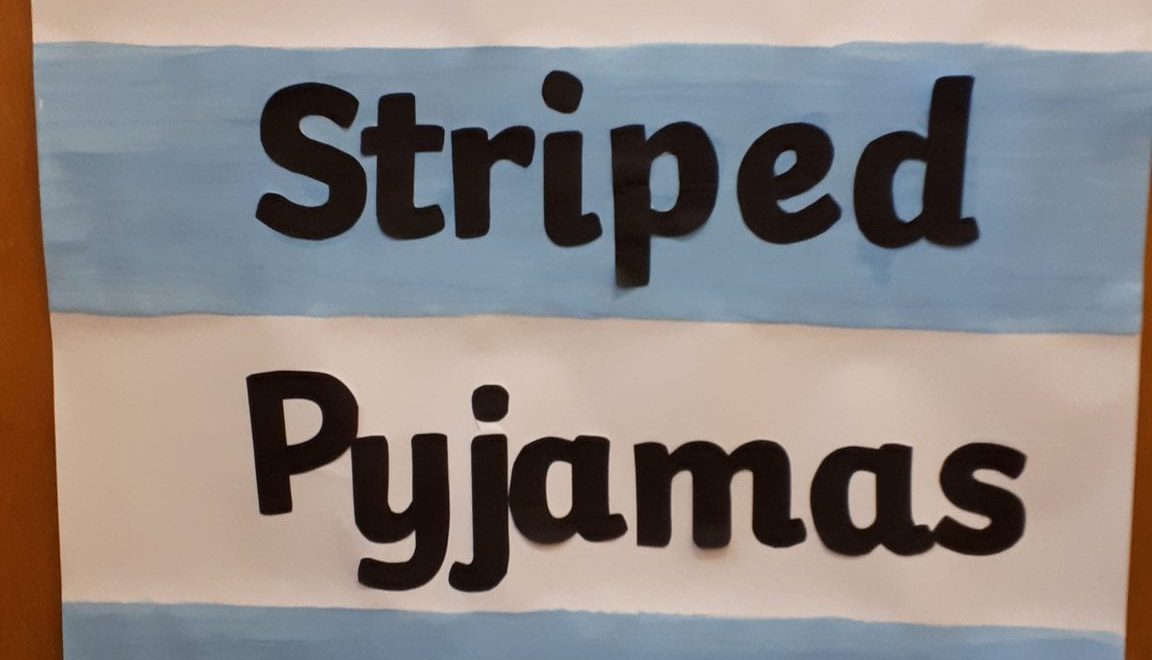 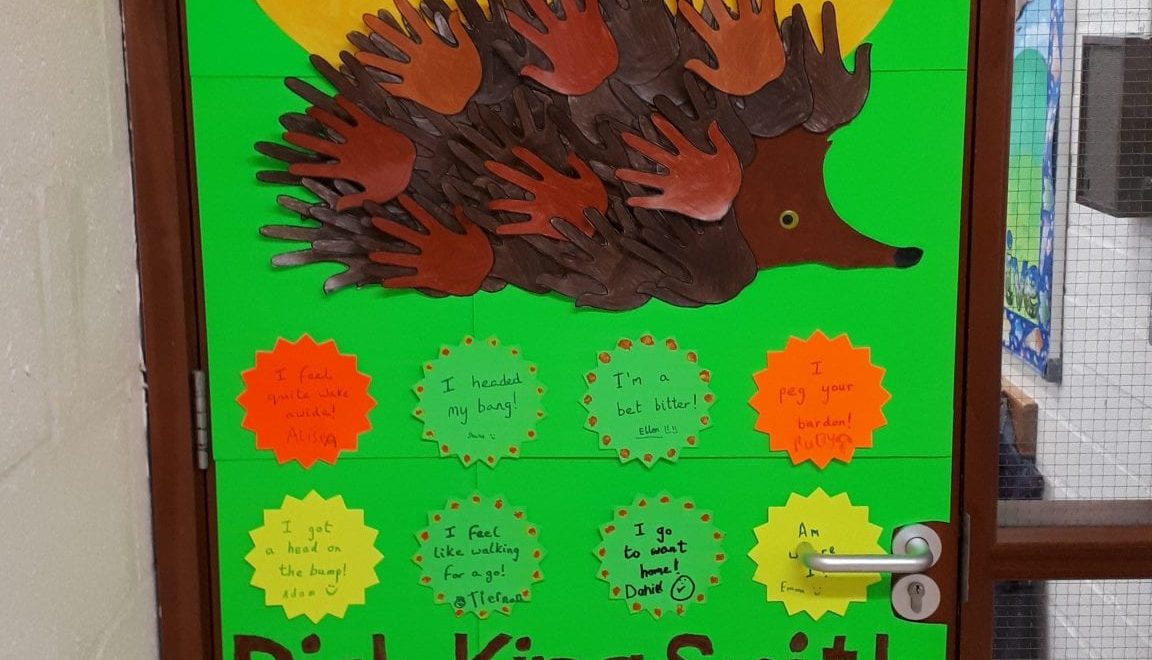 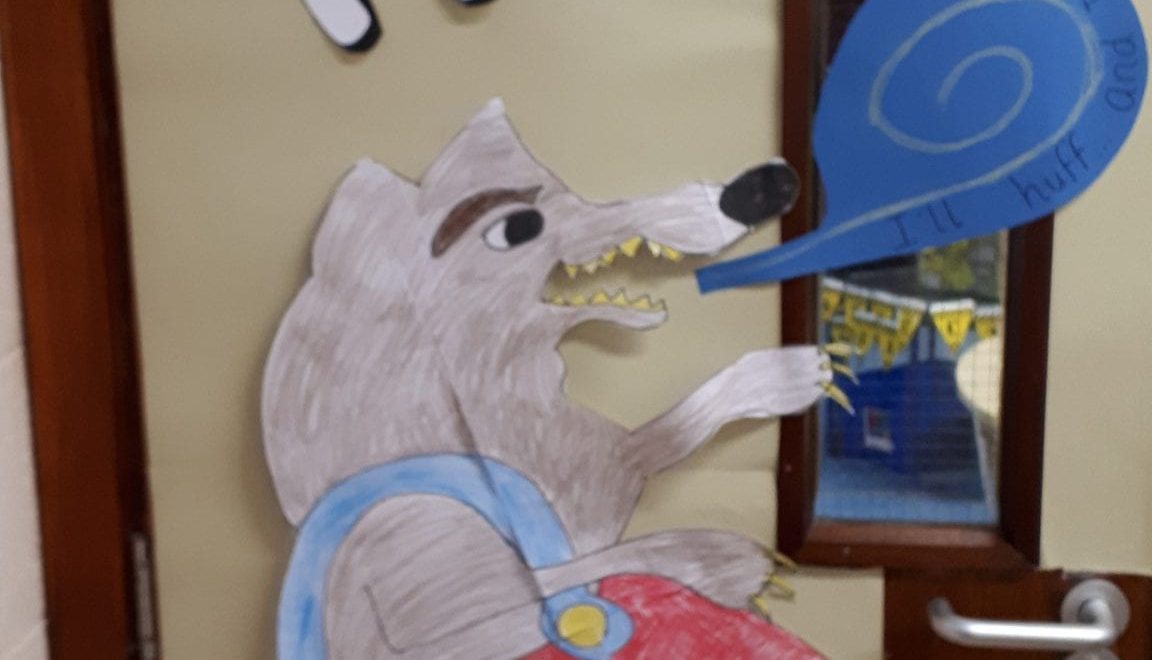 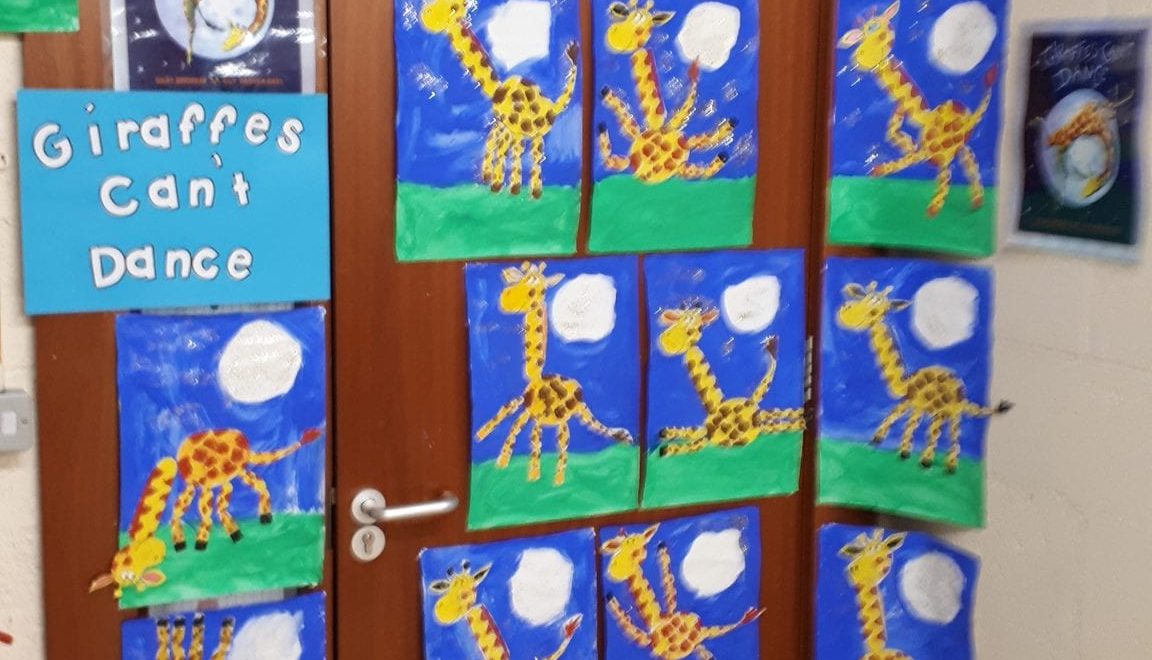 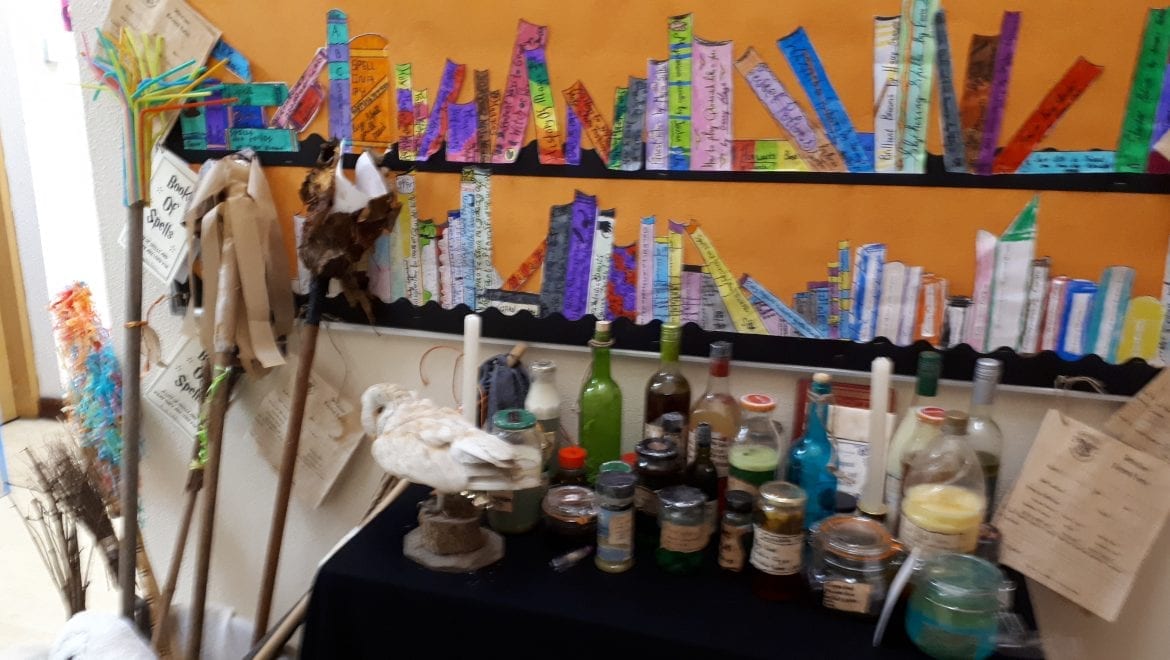 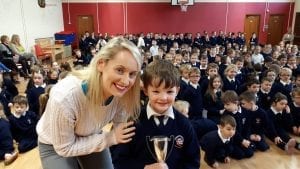 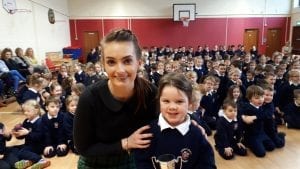 A special award was then presented to Miss Conroy for her (and her 4th/5th Class) effort last year to qualify for the final of the prestigious RSA video competition. 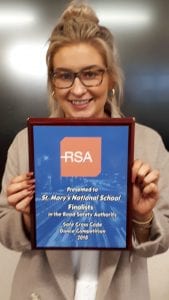 After this the Senior School Achievements were called out followed by the presentation by their class teachers of the Person and Student of the Month awards. 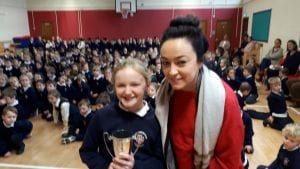 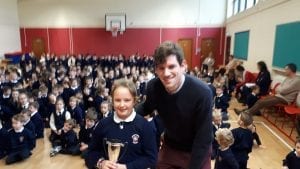 The Assembly was wrapped up with a word of thanks to the pupils who took part in the Harvest Mass last Sunday in Knockbridge and finally Miss Molloy’s and Miss Sweeney’s classes were announced as the tidiest classroom and most energy efficient classroom of the month. 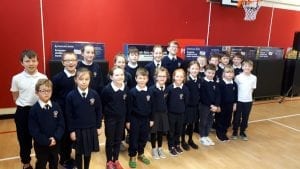