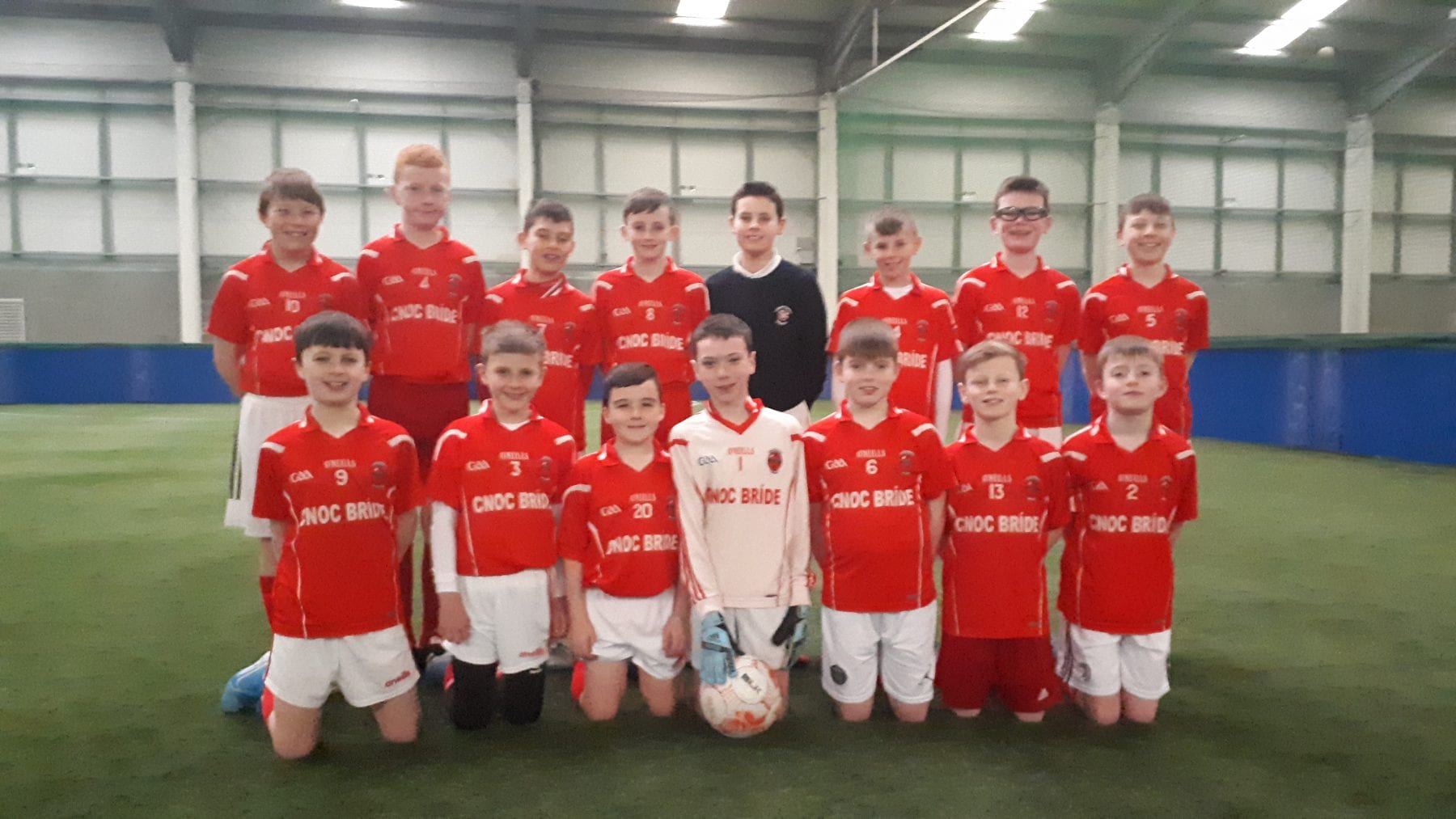 Yesterday, our soccer squad travelled to DKIT Sport to take part in the first round of the county 11-a-side soccer tournament. There, we faced Haggardstown, CBS Dundalk and Scoil Eoin Báiste for the right to progress to the finals in January.

The first game was a close affair with both teams playing some intricate football, but a bit of magic from Kurt on the right wing lead to the only goal of the game to give the boys their opening victory.

We found it hard to break down the resolute defence the CBS put up in Game 2 as the match ended in a stalemate. Penalties decided the tie with Bryan in goals and Stephen scoring the winning penalty proving to be the heroes.

The last match against Eoin Báiste would determine the group winners as both teams had done enough in their previous games to progress to the January finals. The game was a cracker with both teams showing why they were the cream of the crop. A mistake at the back led to an opening for Eoin Báiste and they punished St Mary’s to go one-nil up. Our boys’ heads never dropped, however, and Kurt again found success down the right wing as he beat three defenders. His whipped ball across the box was met superbly by Aaron for the equaliser. In the dying moments, a quickly taken corner was met by the head of the towering Eoin Báiste centre forward for, seemingly, the victory, but Knockbridge had one more magical moment. Battling hard up front, David was fouled just outside the box and from the resulting free, Conor deftly lifted the ball over the wall to find the top corner of the net giving the keeper no chance. The final whistle blew directly after to send us to our second shootout. The lottery of penalties didn’t favour us as Eoin Báiste calmly stuck away their shots for the win.

We now look forward to a finals tournament in January where we hope to compete strongly based on the hugely encouraging performance in the opening round games.