Take on the Teachers 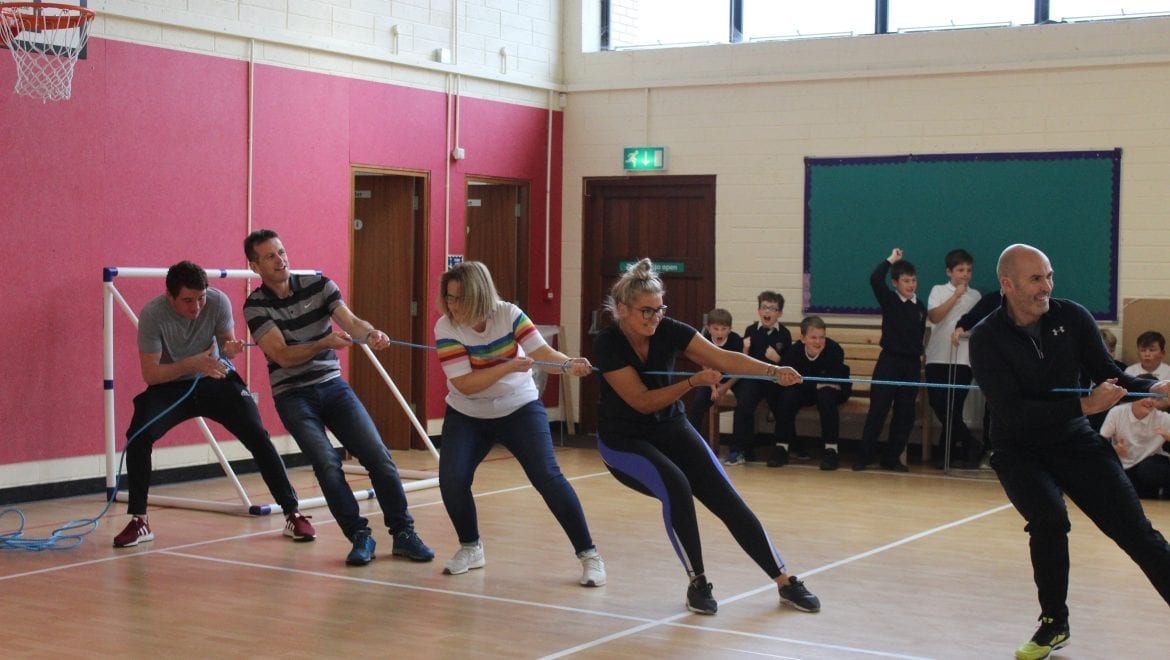 Today, 27th September, the boys and girls of 5th and 6th Classes took on their teachers in a challenge to see who was the fittest, strongesr and most skillful in a variety of games. Today was National Fitness Day and the pupils marked the day in style with a tense tie-break victory over Ms Conroy, Ms Clarke, Mr. McClean, Master McDonnell and Jack.

The challenge started with the teachers taking on teams in three separate Tug of War contests. The educators took a 2-1 lead going into the penalty kick competition. Here they faced off against three teams with Team 2 for the pupils putting a staggering 4 out of 5 penalties past Jack in nets. The teachers could not reply to this barrage of goals and so, going into the basketball “3 strikes” game, the overall score was tied at 2 points apiece.

The teachers outclassed their opponents with 6 strikes in total compared to a combined 4 strikes from the three pupil teams to lead by one point overall going into the last bout. And so it came down to the final challenge of the Rock, Paper, Scissors game. The first of two games ended in a tie leaving the final game a must-win game for the pupils. In the tensest of affairs, the pupils eked out a 2-1 game win to tie the contest overall. The overall champion would be crowned based on a final basketball free throw shoot-out.

With only Ms Clarke scoring for the teachers, the pupils went wild with excitement as they scored two of their first four shots to claim the bragging rights over their teachers on an extremely enjoyable afternoon for all involved. Thanks to Eoin Carpenter for his keen photography skills on the day (when he wasn’t helping inflict defeat onto the teachers!) 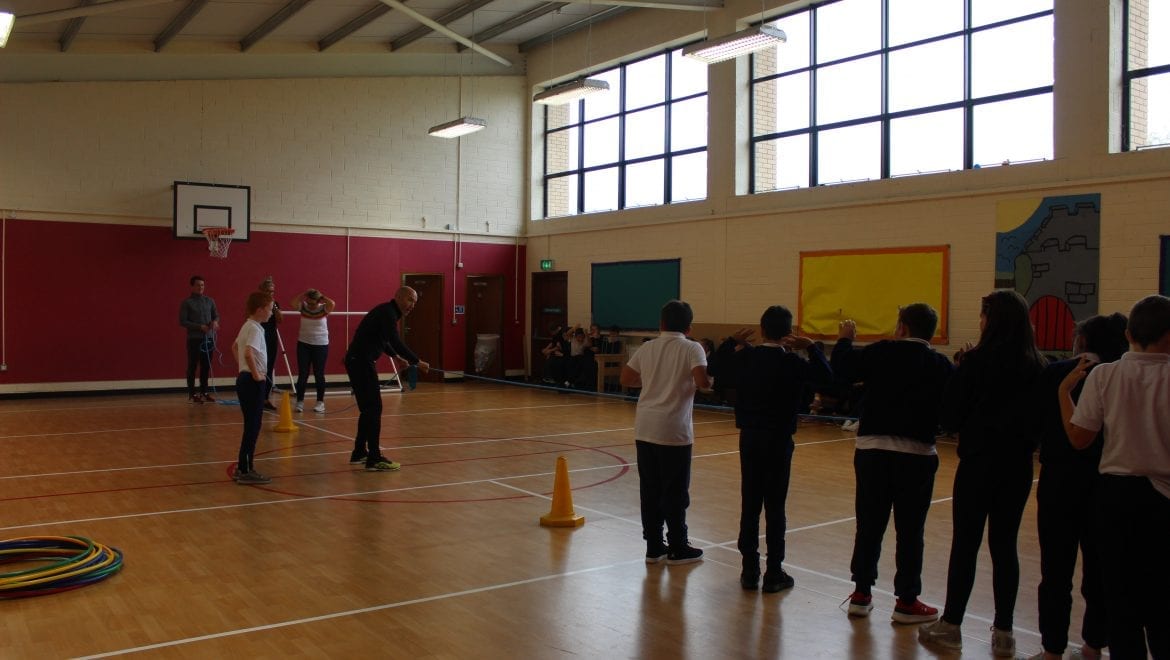 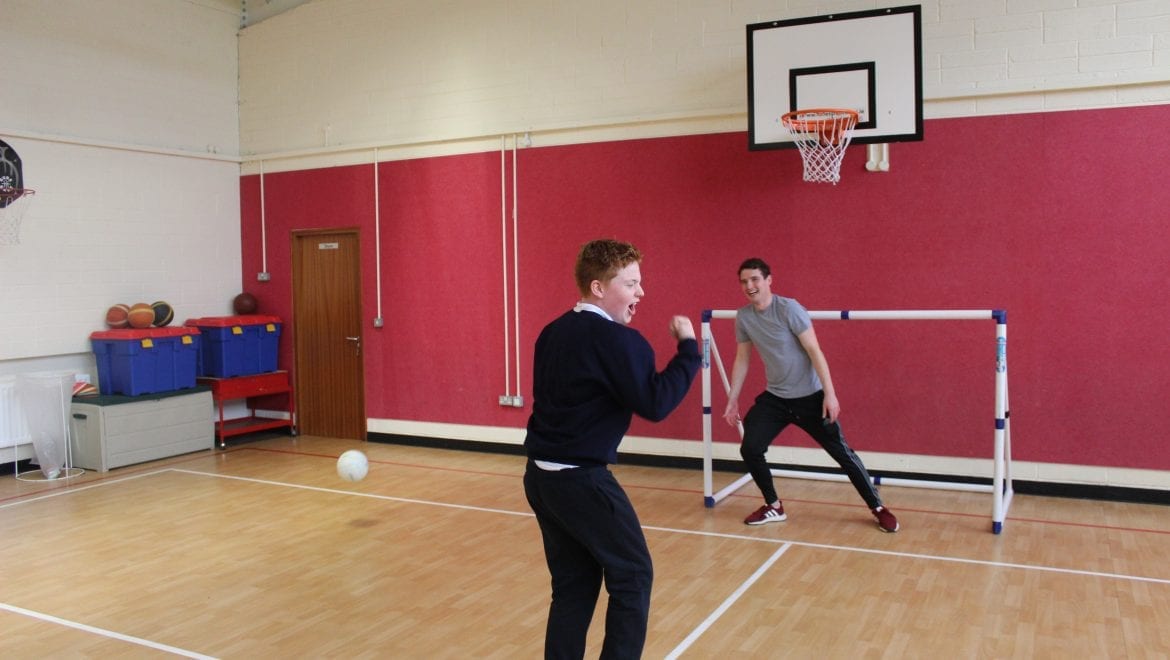 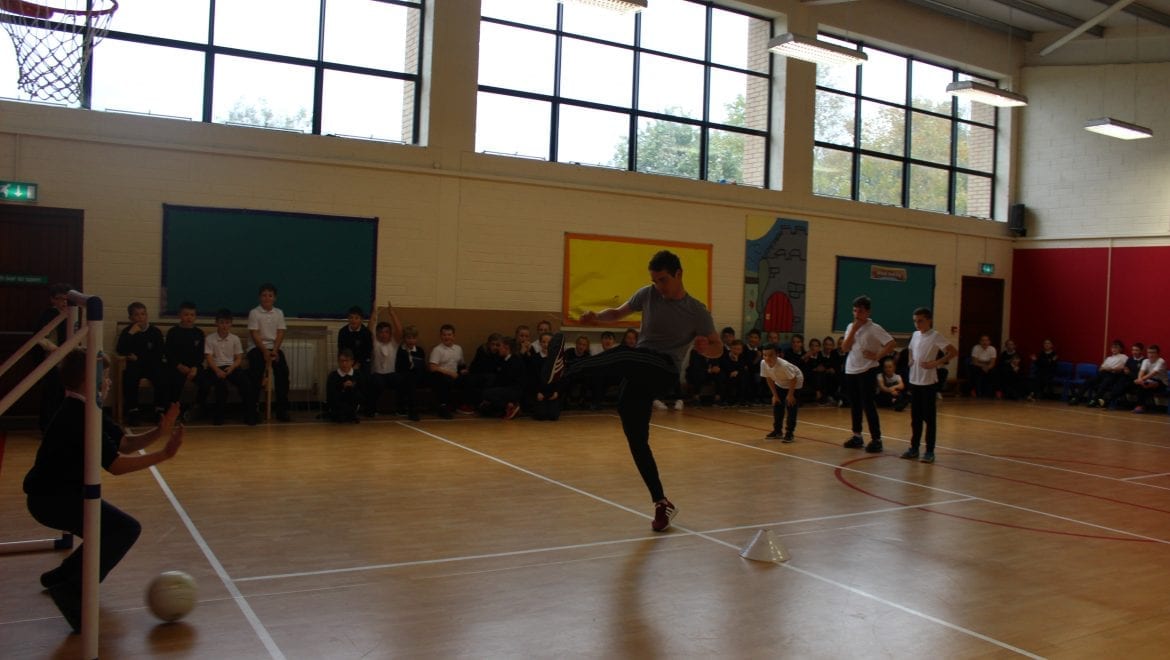 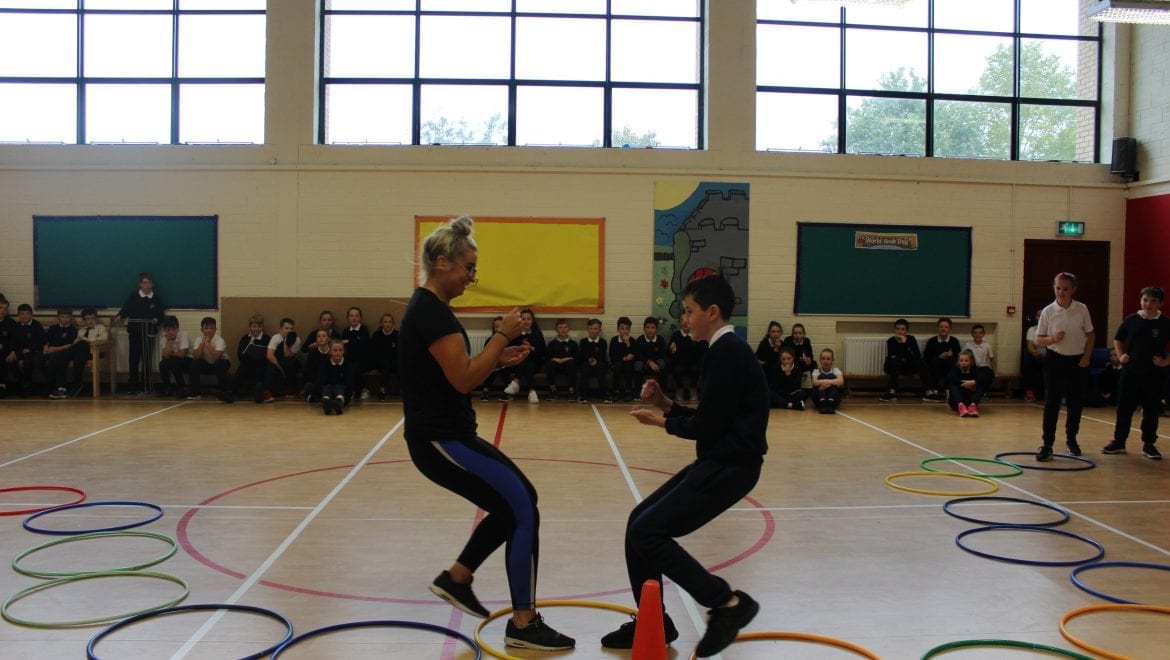 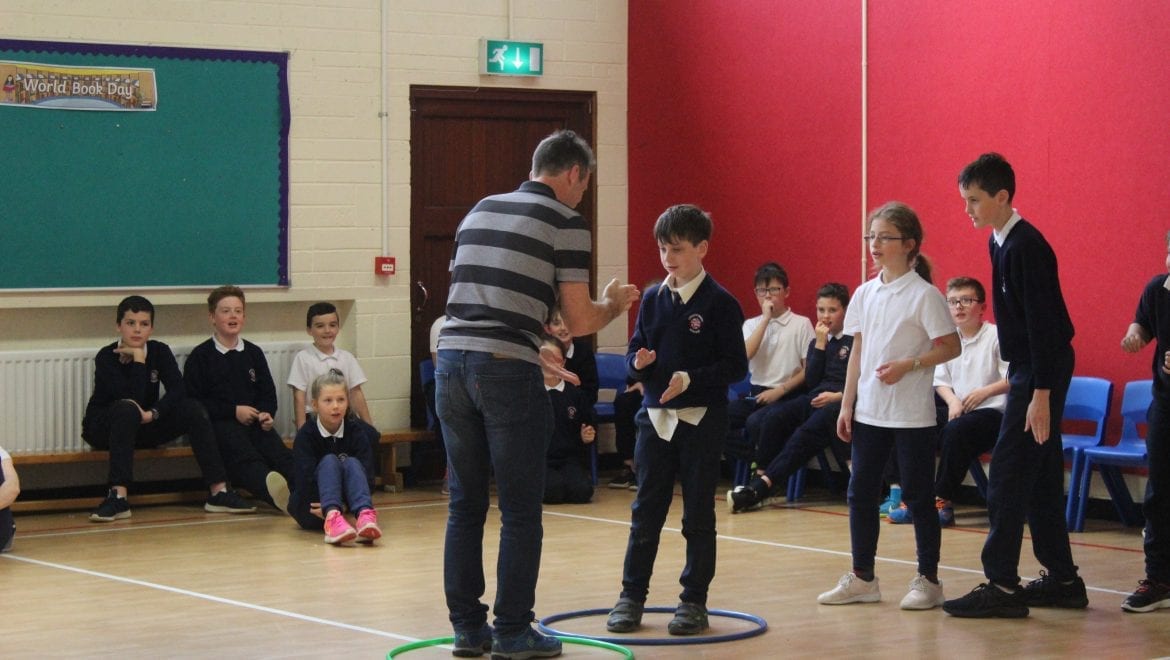 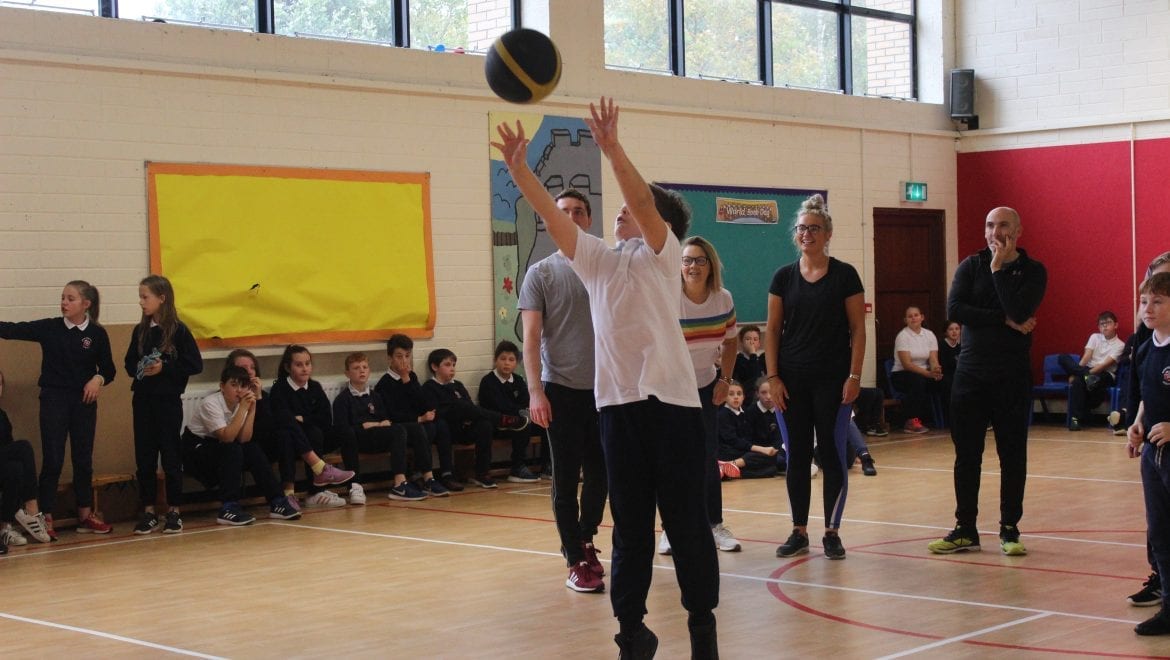 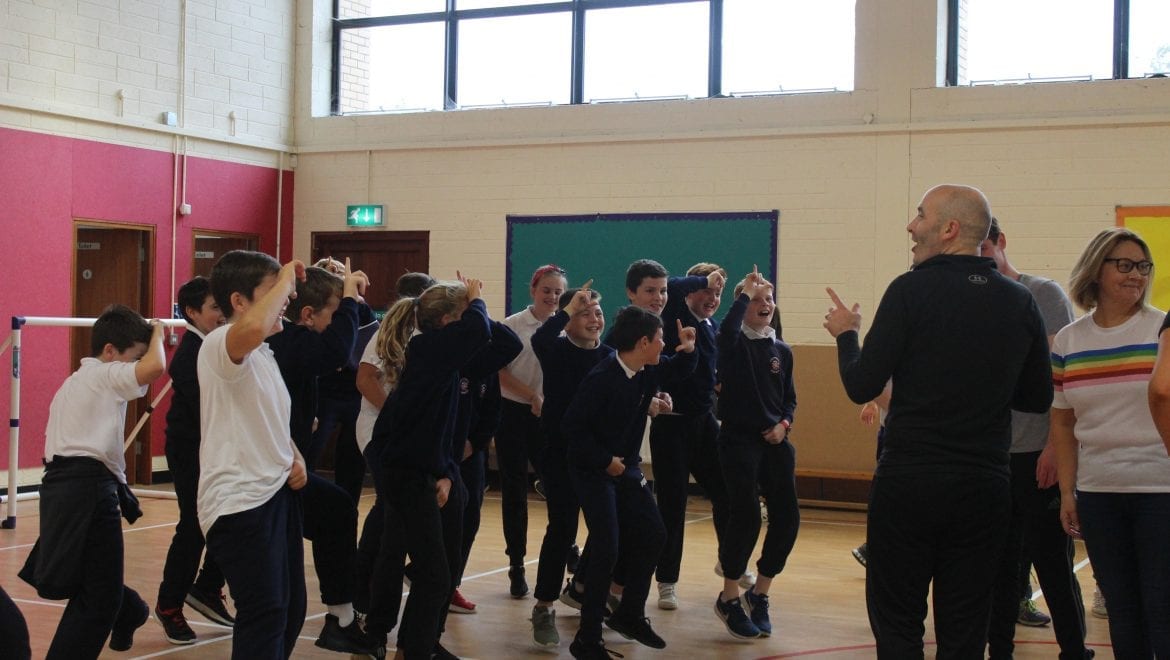