The Normans in Ireland. 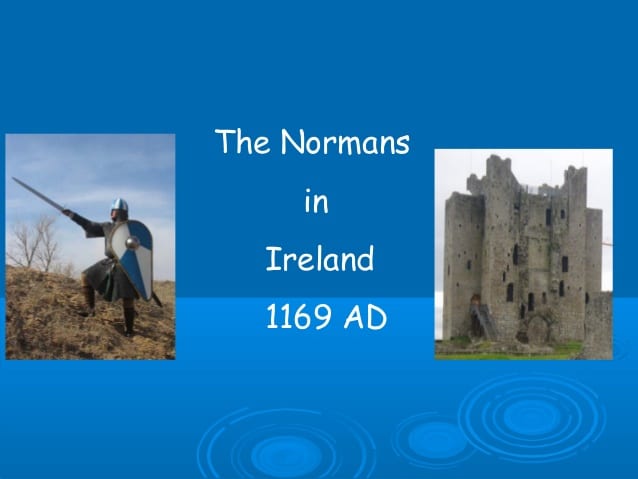 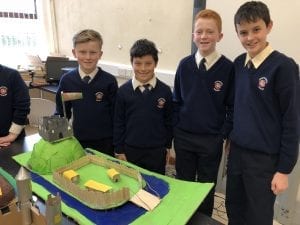 The Normans Landed at Wexford in Ireland in 1169. Diarmaid MacMurrough, King of Leinster asked for their help to defeat his many enemies. Strongbow agreed under certain conditions. He arrived with a huge well trained and well equipped army. He was successful. 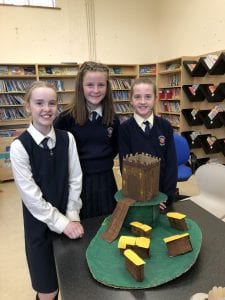 They Normans built fine fortresses called a motte and bailey usually along the coast or beside a river. The lord lived in the Keep, up high in the motte. 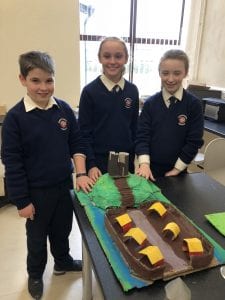 The fortress was surrounded by a moat usually a river. 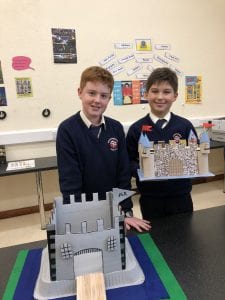 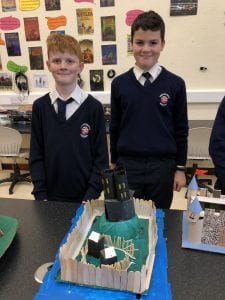 Entry into the fortress was via a drawbridge which had a spiked gate called a portcullis. 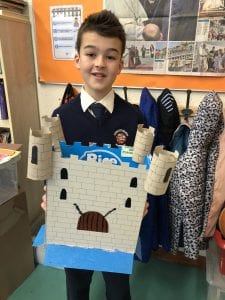 The Normans became more Irish than the Irish themselves. We can thank the Normans for the counties, hay, wheat, castles, different languages, crop rotation, peas, carrots and cabbage, different breeds of cattle and towns like Drogheda and Dundalk. 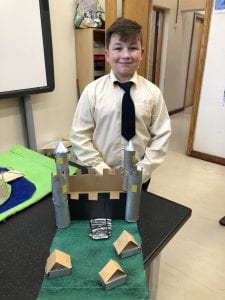