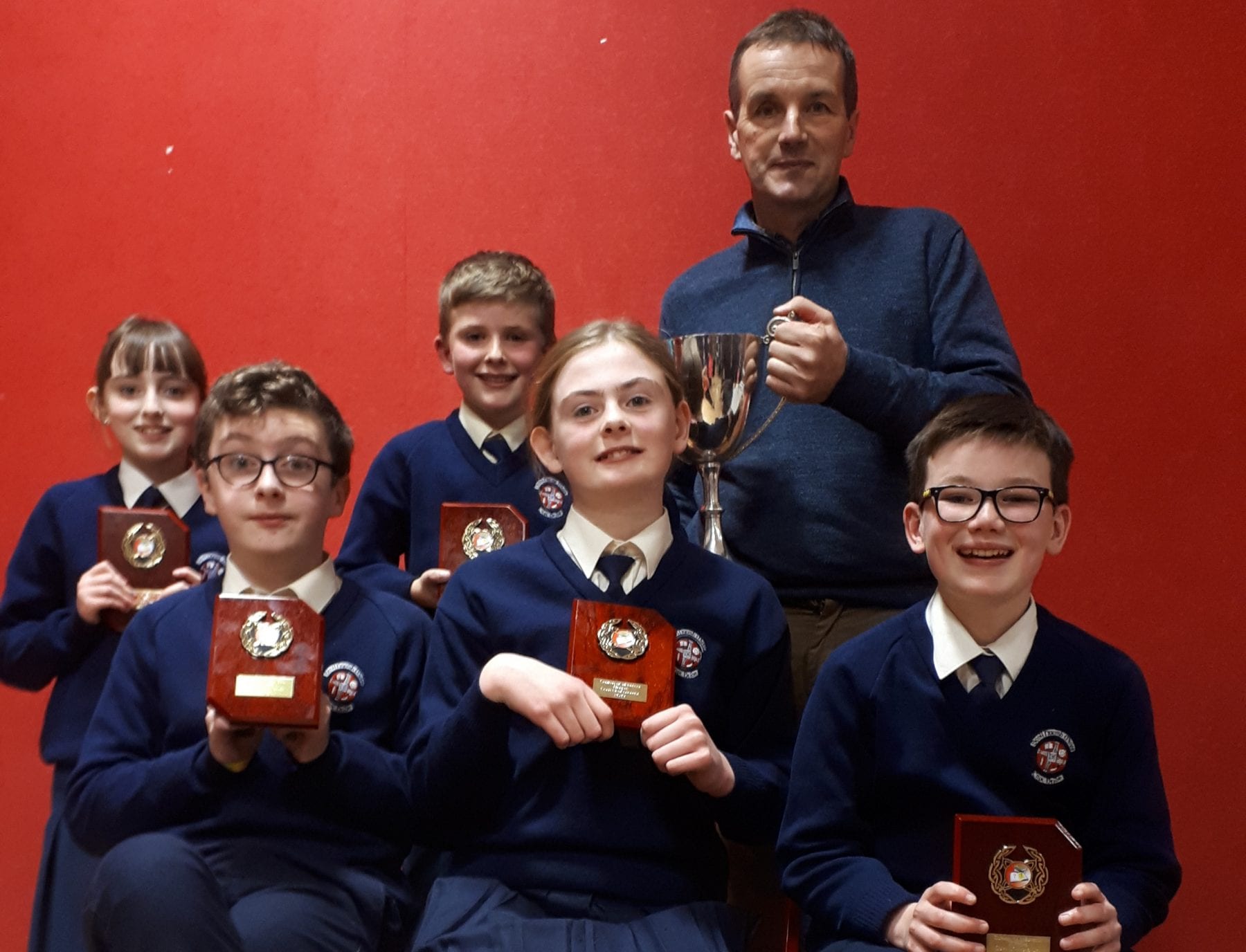 Halla Setanta was the setting for a couple of big wins for the school today. This morning, the boys and girls basketball teams hosted Ballapousta NS as they continue in their quest to retain their county league titles. The girls battled hard and were unlucky to come up just short in the end but there was joy for the boys as they got the upper hand in their highly competitive match to remain unbeaten so far this year.

After school, Halla Setanta was transformed to host the final of the annual Cumann na mBunscol Lú Quiz Final. Having qualified from their section the previous week in second place to last year’s winners, Kilkerley NS, Kevin, David, Annie, Luke and Sarah-Jane had been working hard in the intervening week to reclaim Corn Uí hAonghusa for the first time in 4 years. The team worked extremely well together, missing a mere 4 questions out of the first seven rounds and were worthy winners of the larger school section with a final tally of 74 points out of a possible maximum of 80!